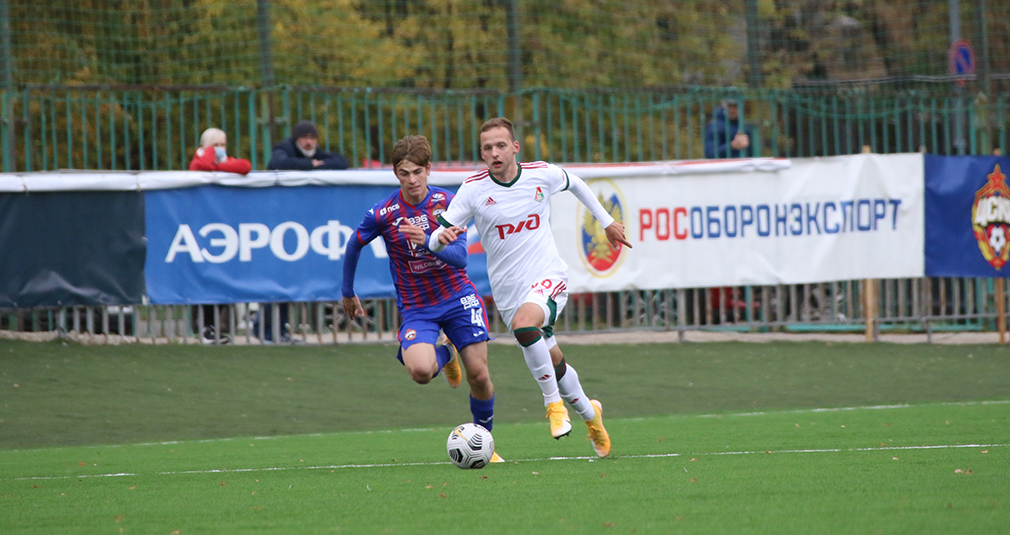 The Russian Youth League has resumed after a two-week break with a derby game. The leaders of the tournament were fighting each other. Lokomotiv and CSKA won four out of five matches, got 15 points each and shared the first place in the table.

The opening minutes turned out to be chaotic. The teams tried to play quickly, but often made mistakes in the passes. Yet, CSKA was the team that created the first chance in the game - Vostrikov went one-on-one with the keeper and hit the crossbar, however before that he got into an offside position.

The railroad workers opened the score in the 35th minute. Kasimov received a through ball, went one on one and lobbed the ball over the goalkeeper and into the back of the net.

In the second half, the picture on the field has not changed. The teams showed a lot of fight, but rarely created chances. Nevertheless, after the break, CSKA was more efficient with their few chances. After a cross into the box, Vostrikov managed to be first on the ball and strike it past the keeper. A few minutes later CSKA could have scored their second goal, but Kasyanenko managed to save our team - our goalkeeper coped with a dangerous free-kick.
After that both teams didn’t have any real chances to score. CSKA and Lokomotiv shared the points, and lost the first place in the league after Zenit beat Khimki.