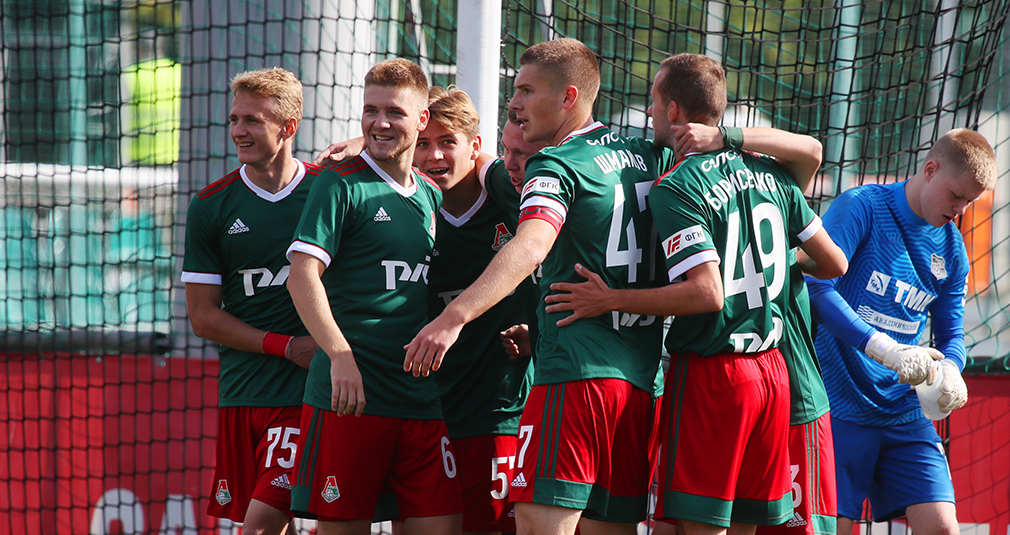 Ural entered the new season with almost a new squad. Most players have never played in the youth championship before. Nevertheless, Ural beat Khimki in Gameweek 1.

On the other hand, Lokomotiv beat Zenit 2-0 in the last game. Although it was a comfortable win for our team, we should have score more goals, as we had lots of chances. In the game against Ural, our team was threatening from the first minutes. By the 15th minute, Petrov, Babkin and Pershin could have scored, who started dangerous attacks from good positions.

Nevertheless, Gritsak was the one who opened the score with a brilliant shot into the far corner.

Two minutes later, Lokomotiv doubled the lead - Pershin made a great through ball to Babkin, who dribbled past the defender at the edge of the box and put the ball into the back of the net.

Ural’s first chance in the game came from Lokomotiv’s mistake. Kasyanenko tried to intercept the pass outside the box, but it didn’t work out and the opponent had a go at the open goal - the ball went wide.

After that Ural didn’t create any dangerous chances near Lokomotiv’s goal. The hosts completely controlled the game and scored two more goals in the second half. In the 72nd minute, Turishchev broke away from the defenders and shot past the goalkeeper. And at the end of the game Kasimov scored his debut goal for Lokomotiv and made the score 4:0 - a brilliant long ball to Timur, who managed to control the ball and lob the keeper.

This makes it a second victory in a row for Lokomotiv‘s youth team, who are now top of their group.