Youngsters Wrap Up Year with Victory! 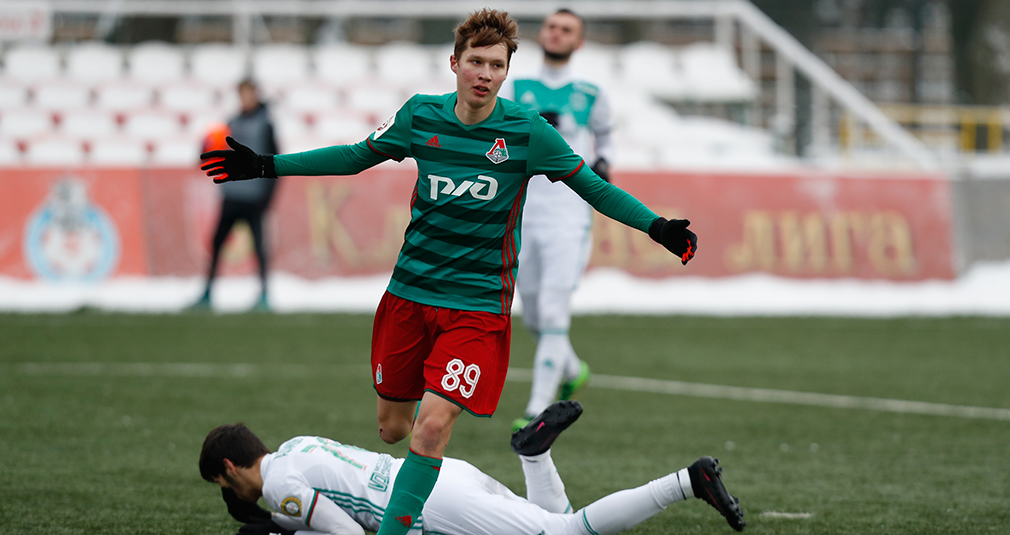 Lokomotiv youth team came on top in their battle against FC Terek.

Our youth team were scheduled to finish this year with a fixture against Terek. During the first round Lokomotiv had slumped to a landslide 0:5 defeat and naturally wanted to get revenge. Terek scored an opener mere 6 minutes into the game through Umayev, who broke free on a counter-attack and put it past the keeper in a one-on-one.

Lokomotiv came level again around the middle of the half off a corner kick finished by Samokhvalov, who slotted the ball inside the far post. Having equalized, the Railwaymen snatched the initiative, so our second homer was just a matter of time. Several minutes before the break, Dorofeev picked up a pass from Rybchinskiy on the wing and marked his sixth goal in the current season.

After the break, the situation in the pitch did not change. Lokomotiv could have scored more. Dorofeev could have added one when he found himself clear with only the goalie to beat but failed to do so.

The youth squad claim revenge and wrap up the year on a winning note.