Igor Cherevchenko: We had planned to allow Sporting to have the initiative 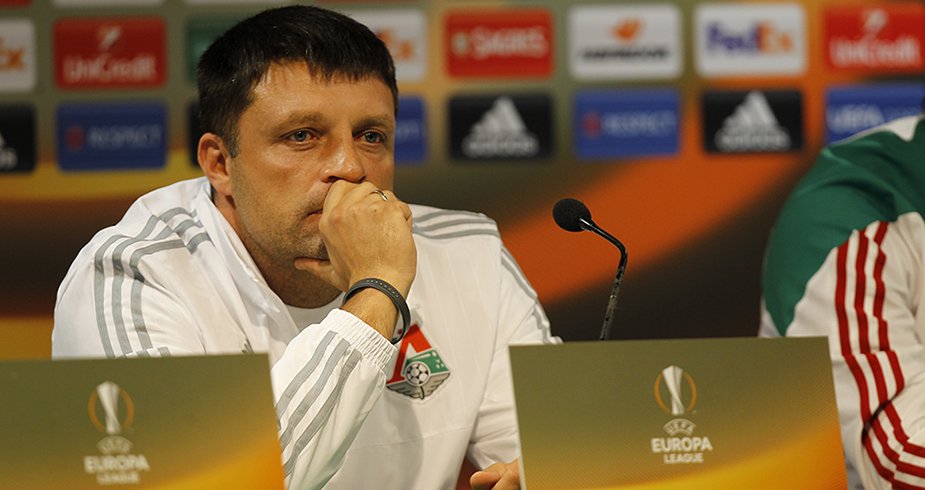 Lokomotiv head coach Igor Cherevchenko explains what was instrumental to his team's beating Sporting (3:1) in the first game of the group stage of the Europa League.

- It was a difficult game. We knew Sporting would push for a goal from the first minutes. We allowed them to have the initiative, and kept a low profile waiting for chances to counter-attack. I am thankful to the guys, and our fans who made such a long way. After the loss to Rubin we didn't fall apart but only became angrier.

- Would you say your tactics were more effective than your rivals'?

- I think their coach assumed we would keep a low profile. But the 3:1 victory means that the players completed the masterplan successfully.

- Did you feel Sporting wanted to win at minimum efforts?

- No. They have the players that any club want to have. This is one of Portugal's strongest teams. They always fight to qualify for a European competition and top the Portuguese championship. Great coach, great players.

- What was instrumental to holding the pressure they put on you?

- We started preparing for the game not today, not yesterday, but a week ago after the game against Rubin. Again, the guys completed the masterplan.

- He has some minor health problems. We hoped that he would be able to play but in the morning we spoke with him and decided we could not take such risks. There's a lot of games ahead, enough for everyone to play.