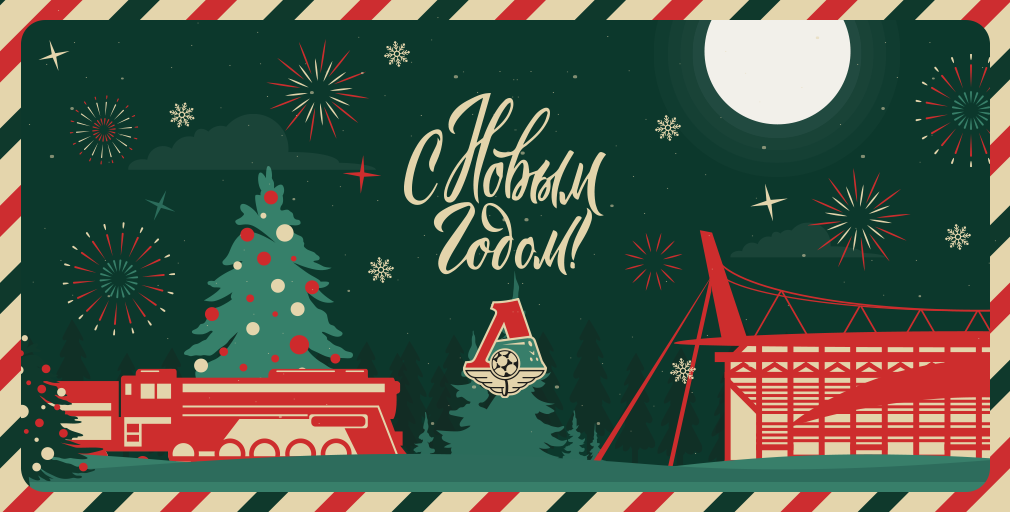 We are saying goodbye to 2020 - a difficult year for all of us. The new way of life could not but affect football - empty stands at the games, two month pause in the championship and extremely busy schedule without breaks for the past six months. Despite all the difficulties, at the end of the 2019/20 season, Lokomotiv earned silver medals and for the third year in a row played with the best European clubs in the Champions League; in the matches at the highest level, the fans saw a large number of our Academy graduates; the youth team got bronze medals in the Russian Youth League, and WFC Lokomotiv won their first trophy in the club’s history - the Russian Cup, as well as got the silver medals of the championship.

In a year, we will celebrate the 100th anniversary of the Club, and for this date we plan to implement many projects, which we will tell you more about soon.

May the coming year give us all new positive emotions!

Take care of your health and enjoy time with loved ones!