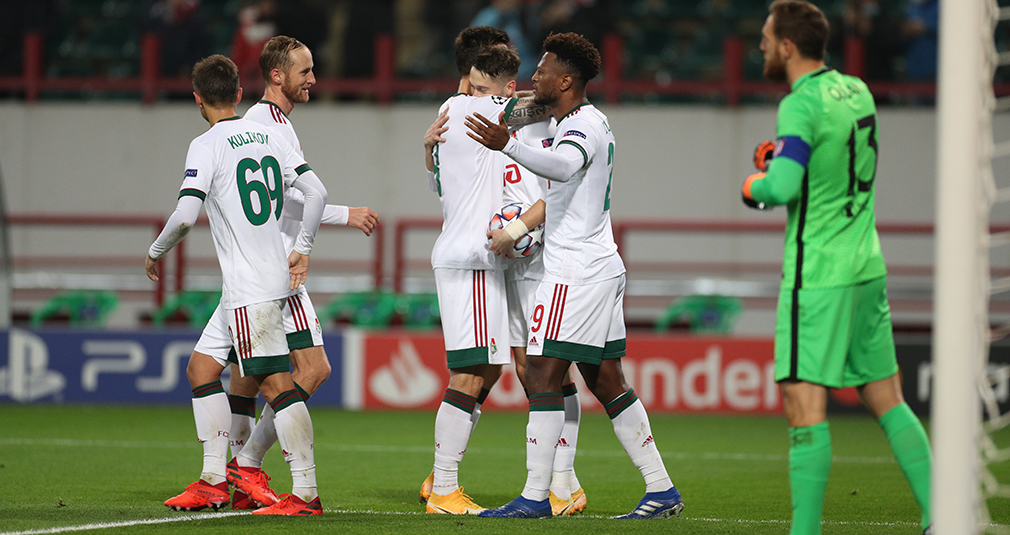 Before the game with Atletico, Lokomotiv again did not avoid problems. Stanislav Magkeev and Vedran Corluka did not recover in time for the game. Therefore, Murilo and Rajkovic formed a partnership in the centre of defence, while Kulikov and Krychowiak started in midfield. Vlad Ignatiev also returned to the starting lineup after missing the game against Sochi.

Atletico arrived to Moscow motivated, with the strongest squad. Saul, who missed several matches, returned to the squad, while Joao Felix and Luis Suarez formed a partnership in attack.

Atletico dominated the possession from the very beginning and scored the opening goal in 17th minute - Herrera made a cross into the penalty area and Gimenez headed in style into the back of the net. This could have been a turning point in the game, as this goal could have given Atletico the confidence to go on and score more, but their joy didn’t last long. In the 24th minute Smolov made a cross into the box and Herrera stopped the ball with his hand. After watching the replay the referee awarded the penalty to our team - Anton Miranchuk converted it without giving goalkeeper any chance.

Atletico dominated the rest of the half. The last 15 minutes the Spaniards did not let Lokomotiv leave their half of the field. First, Correa hit the crossbar after shooting from 30 meters, then Suarez shot above the goal from the goalkeeper's line.

In the second half, Atletico pressed hard and attacked with the whole team, but Lokomotiv fought back, as Marko Nikolic had promised before the match. The team defended well and without giving much space to the opponent. And even when Atletico had chances Guilherme was there to rescue. In the 58th minute, Joao Felix struck a powerful shot from 20 meters - Marinato made a beautiful jump pushed the ball for the corner.

Soon, after a cross from the wing the same Felix tried to head the ball into the goal from the center of the penalty area - Marinato reacted again. The only time Guilherme could not help his team was in the 66th minute, when the ball, after Koke hit the crossbar, bounced to Suarez and Luis scored into the empty goal. However, a few seconds later it was cancelled due to offside.

Guilherme had to make a few more saves before the end of the game - Suarez shot into the far corner in the 85th minute and one on one chance in the 94th.

For the first time in three years, Lokomotiv did not lose to Atletico and earned the second point in this Champions League.