Nikolic: The new leaders should emerge in the team 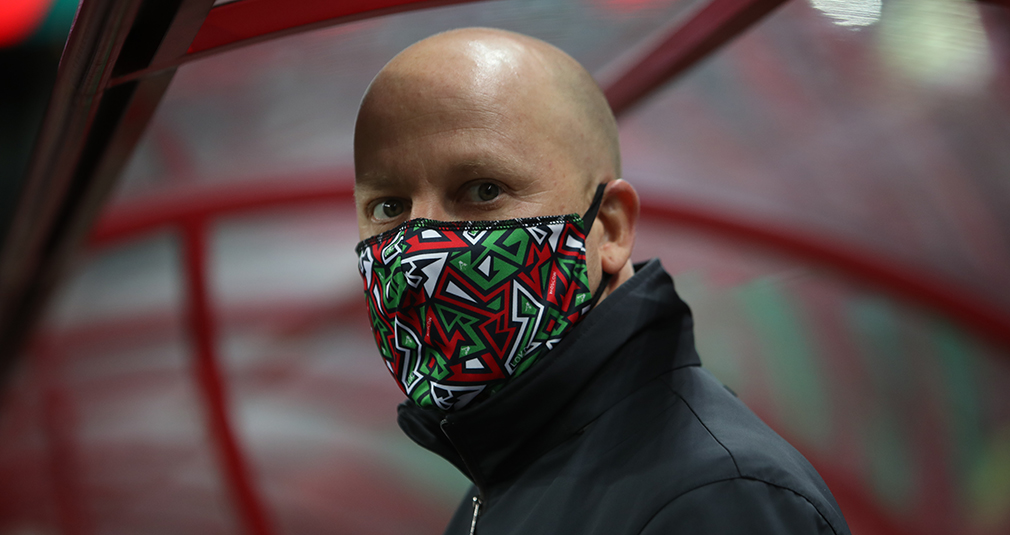 Lokomotiv’s head coach Marko Nikolic reflects on the game against Tambov (1:0) in Gameweek 8 of the Russian Premier League.

- The match was psychologically difficult. It was absolutely necessary to win. I am very pleased with how we started the match. The first 20 minutes we played aggressively, created a lot of chances. The most important thing is that we got the three points. I want to congratulate the team on the victory.

It's good that we haven't conceded in three matches in a row. Today the opponent had no chances, but we must score more. If we scored the second goal, it would have been easier at the end. We continue our work, rebuild the team. We do not have the players who were leaders last season - Farfan, Howedes, Joao Mario, Lesha, Barinov, so new leaders should emerge. We continue to work and move forward step by step.

- It seemed that Smolov did not want to leave the field when Lisakovich was preparing to come on, so you replaced Eder. Am I wrong?

- I spoke with Eder yesterday - he had minor health problems in training, but he really wanted to play. Today's match was his hundredth for Lokomotiv. We congratulated Eder as well as Rifat, who celebrated his birthday today. In the second half during the break, Eder said that he could not continue, so we changed the substitution.

- Kamano came off in the 64th minute. Are you unhappy with him, or is he tired?

- He is tired. Kamano joined us after a long break - the last time he played was last year. Therefore, Francois is not ready yet for the full 90 minutes, but he can be fresh for 45-60 minutes. We have rotation, this is normal.

- There are rumors about the transfer of Mandzukic.

- The transfer window closes in October. If there is an opportunity to strengthen the team, that is very good. I think there will be two or three more new players. We are fighting for high places in the Russian league, and will play in the Champions League. Matches are played every three days, so we need a lot of players.

- Today four attacking players entered the field at once. How would you rate their game?

- I never comment on individual performances. We discuss this at the training base after analyzing the match. Today four attacking players came on - we had to win, which we did. We should have scored the second goal. The team got three points and moves on.

- The next match is against CSKA. What will you pay attention to when preparing?

- CSKA is a very good team. I love the way they play. Not only in the last season, but also after the change in formation and the rebuild. They have new quality players. We'll be ready for the derby.