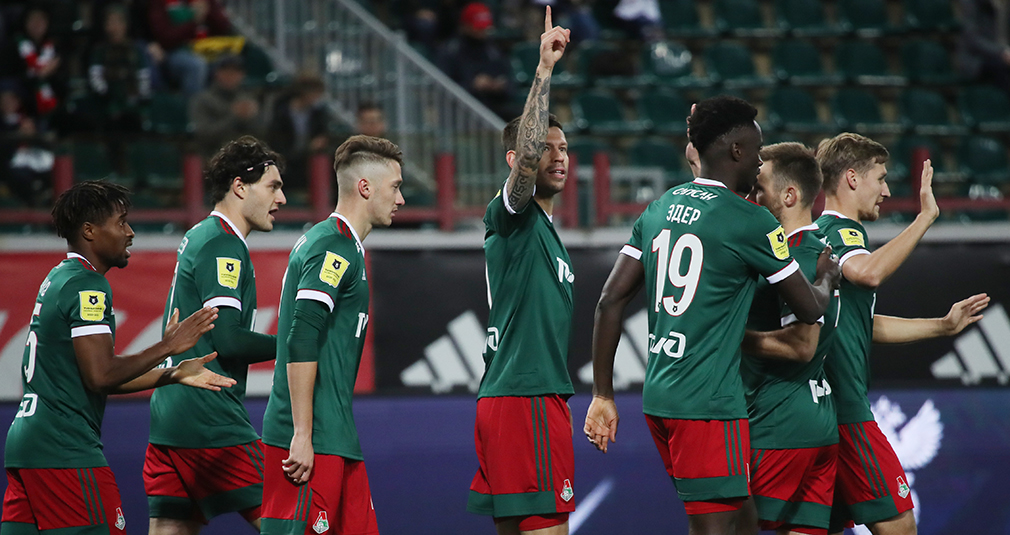 For a the first time in a very long time, Lokomotiv had the whole week to prepare for the clash against Tambov. Since the last game there weren’t any new injuries. Moreover, Krychowiak returned to the starting line up and played along Magkeev in the center of the field. Miranchuk and Kamano started on the wings, while Smolov and Eder played as forwards. Against Tambov, Eder made his 100th appearance for the club. Lokomotiv was boosted with the return of Luka Djordjevic to the squad, who was injured since October 18, 2019.

From the first minute, Lokomotiv started very active on the wings. In one of the first attacks, Anton escaped from several defenders on the wing and made a low cross into the box, where Smolov finished his chance from a close range.

A few minutes later, Miranchuk could have added a goal to his assist. Kamano found Anton in the penalty area. Anton Miranchuk tried to finish it from a close range - just wide.

In the middle of the first half, Smolov had the chance to score second. Fedor received a pass from Magkeev and struck the ball powerfully - Ryzhikov pulled a save.

Tambov missed their only chance in the 37th minute. Shlyakov made a cross into the box from the wing, but Obukhov’s header was saved by Guilherme.

The second half began with a yellow card for Krychowiak. Grzegorz hit Tetrashvili in the face while fighting for the ball in midfield. This yellow card became his fourth of the season - he will miss the derby game against CSKA.

For the rest of the game Lokomotiv tried to save energy and protect the score. Our team controlled the ball, created chances on set pieces and rarely gave the chance for Tambov to break on counter attack.

In the 65th minute, Murilo could have scored after the corner, but his header went inches from the bar.

Shortly afterwards, Ryzhikov saved his team from the second goal. Smolov tried to place the ball into the far corner from the edge of the box - the keeper made a great save.

Tambov had no chances to equalize the score in the second half - the guests did not create a single chance nor had a shot on target. Lokomotiv interrupted a series of five matches without wins.