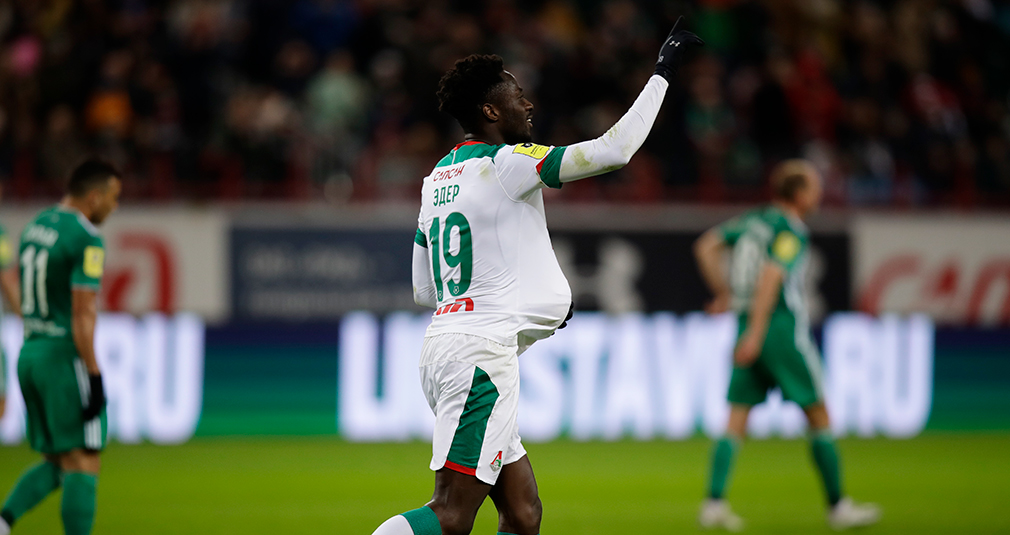 Round 21 had to become a game-changer for the top-5 teams. Rostov was entertaining CSKA, Krasnodar traveled to Moscow to take on Spartak - all this made Lokomotiv desperately need a strategic win over Akhmat.

The team from Grozny can be called a comfortable partner for Lokomotiv: we haven’t surrendered to them for seven consecutive games, and have never ever lost at home. Besides, on Wednesday Akhmat had played 120 minutes against Zenit in the Cup. Their two disqualified leaders, Rosha and Berisha, were missing the match - same was true for Barinov on our side. But most importantly, Lokomotiv was missing Yuriy Syomin on the bench. The coach had been shown a red card in the previous game against Zenit.

Lokomotiv didn’t want to probe the defense and could score on 3 minutes. Eder made a great sprint down the wing and passed to Miranchuk. Alexey made a fake shot move allowing the defender to slide but then Glushakov checked him.

After that the Railroaders took the ball under their control and started testing Akhmat’s defense. They soon found the soft spot on the right flank and used it to score the opener. Zhemaletdinov and Miranchuk played one-two, Rifat cut it back to Eder whose attempt was blocked by the defenders. Krychowiak picked up the deflection and sent it home but the ref had seen him handplaying moments before.

Ten minutes later the link worked again. This time Alexey rolled the ball to Eder and the Portuguese made no mistake, finding the bottom corner.

The most arguable episode happened in the 39th minute when Joao Mario took a free kick and floated the ball into the area where Ismael handplayed it outside the field. After consulting with the VAR that highlighted the deliberate foul, referee Levnikov, however, denied Lokomotiv a penalty.

Throughout the larger part of the second half both teams kept good pace but scarcely created chances. Ponce headed the ball low into the far corner, Glushakov had a go from the distance, but every time Akhmat lacked precision.

It looked like Lokomotiv would confidently secure the three points but on 86 minutes the Railroaders were just an inch away from wasting them. Guilherme stepped out of the goal to intercept a pass to Vizeu but the opponent moved wide, took a shot and shook the crossbar. Kharin was there with the follow-up into the empty net and would have scored be it not for Kverkvelia - Saba stopped the ball with his hand. He was immediately ejected through a direct red card, and Akhmat had a chance to secure a draw. Vizeu took a shot but Guilherme didn’t allow to be made a fool of.

Lokomotiv extended a winning streak against Akhmat to eight games, and remains undefeated for the Grozny team at home soil.