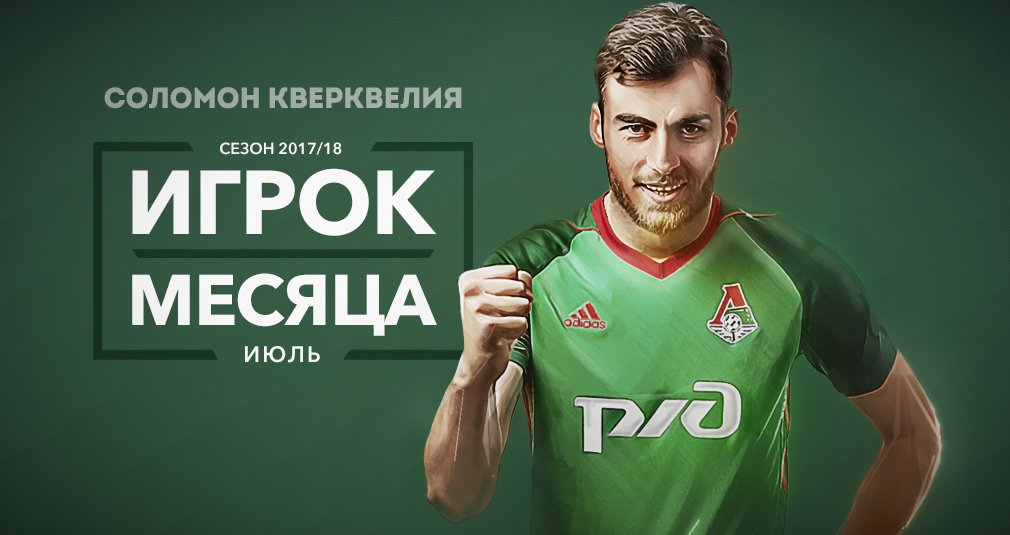 Another poll that would name Lokomotiv's best player for July has ended.

This time defender Solomon Kverkvelia comes on top. He has enjoyed the support of 7428 people, or 43,9% of the total vote. In July Solomon has made four appearances, three of which ended in a win, and scored a goal against Arsenal.