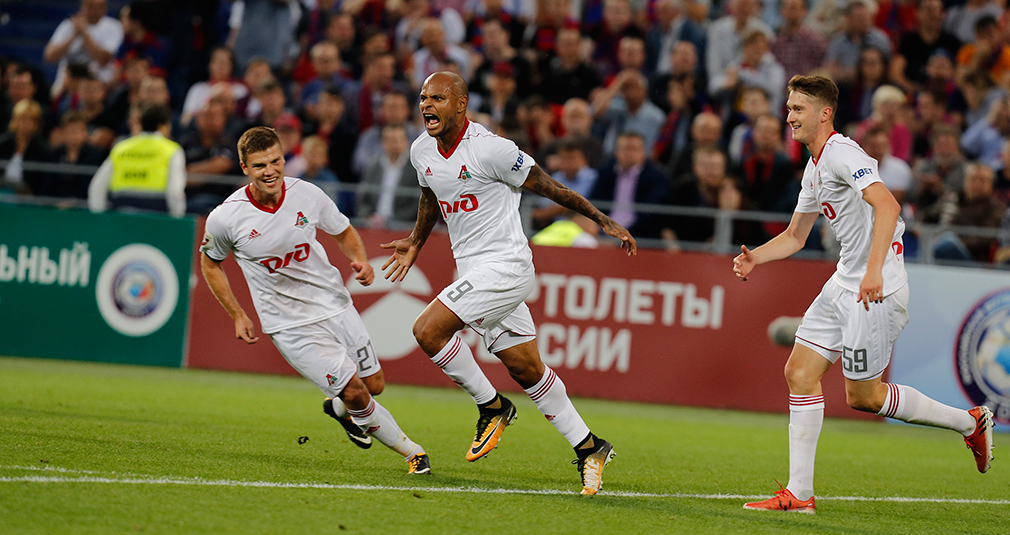 Lokomotiv have beaten CSKA in a Gameweek 2 match of the ROSGOSSTRAKH Russian Championship.

Lokomotiv's season calendar looks really tight these days - this has been a third game in seven days, and a second one in just four days. The Armymen looked fresher early in the first half, and created two good chances. First, Shchennikov's header went just past the far corner. Later, Natcho's attempt went directly into the near corner but Guilherme was there first.

Lokomotiv preferred not to waste their chances that day, and their first corner turned a goal. Manuel Fernandes played the ball to the penalty area where Farfan was well-positioned for a go and headed it home. Heading is really the Peruvian's strong side.

And it looked like CSKA's Vitinho took the goal personal. He started shooting at Guilherme's goal from everywhere. Marinato stopped the first attempts easily but eventually failed to save and on 42 minutes the score was level again.

At the start of the second half CSKA again looked better. They had possession, and Shchennikov again could have scored but the ball hit the net from the outside. Lokomotiv took up counter-attacking approach but scored their second goal after Vasin's mistake.

The defender failed to work the ball properly on the edge of the penalty area, and Ari was there to waylay him immediately. The Brazilian broke one-on-one with Akinfeyev, landed him and sent the ball home. This has become Ari's 50th goal in the Premier League. The forward immediately ran the field to Guilherme to encourage the teammate.

Just minutes later Ari assisted to Tarasov who beat Akinfeyev in another one-on-one - 3:1.

Lokomotiv defeated CSKA for the first time in five years. Alas, man of the match Ari couldn't play full time - the striker picked up an injury in a tackle with Golovin and was carried off the pitch on a stretcher.