Manuel Fernandes - Best Player for May! 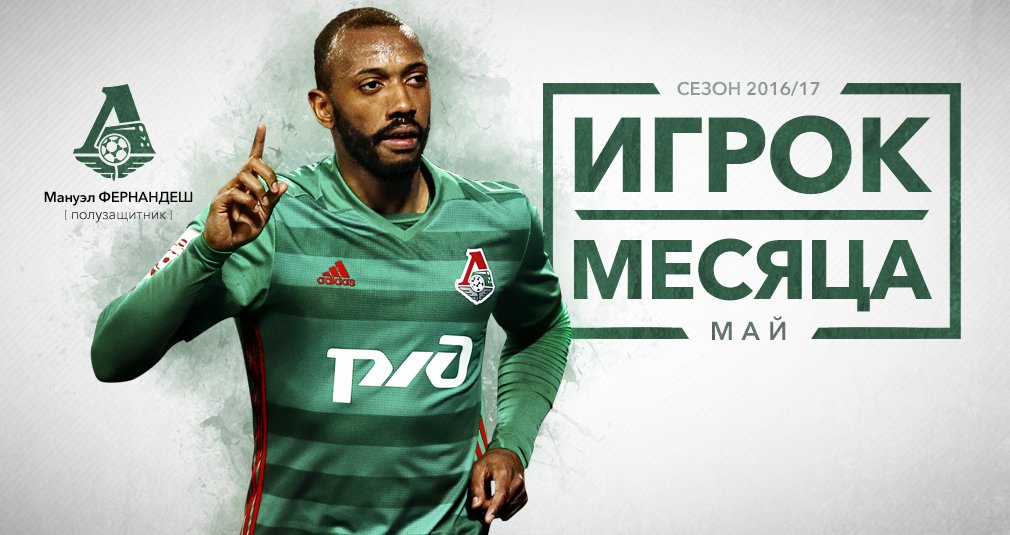 The voting to choose the best player for May has been held on Lokomotiv's VK page, Instagram, and the official web site.

Manuel Fernandes won the nomination with landslide victory, like in the previous month, claiming the votes of 7,052 people, or 56% of the turnout. In May Manu has made 5 appearances, scored two goals and made four assists. Manuel has won the award for the fourth time this season.