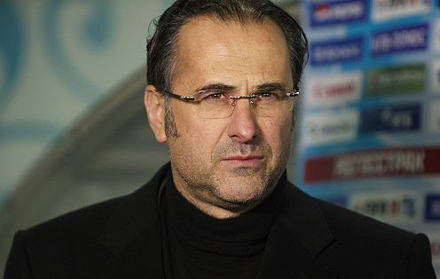 The club’s President Olga Smorodskaya introduced the new manager at the team’s ground in Tarasovka where Bozovic held the first training.

Miodrag Bozovic started coaching pretty early: aged 32 he headed FK Beograd. His main achievement at this early stage of the career was a 27-games all-win series with the Montenegrin club Buducnost.

In 2008 Miodrag moved to Russia on the invitation of Amkar Perm. Grof immediately took Amkar to the 4th standing in the league – the club’s still unbeaten record. Also, the Red-Blacks made it to the final leg of the Russian Cup.

In the following years, Bozovic headed FC Moskva, Dinamo Moscow and again Amkar. During the last two seasons Miodrag managed FC Rostov and took it to the Europa League after they had won the Russian Cup in Season 2013/14 for the first time in their history.