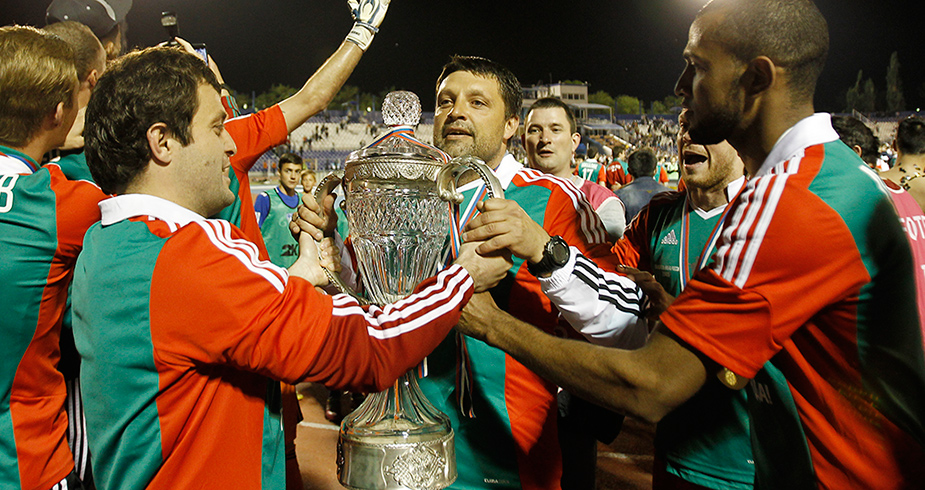 Igor Cherevchenko has been appointed the new manager of Lokomotiv. We introduce to you our new head coach.

Igor Gennadyevich Cherevchenko was born on August 21, 1974 in Dushanbe, Tajikistan. He started learning football at the local sports school. Cherevchenko was a trained defender. In 1992, he became the Champion of Tajikistan, and won the Tajik Cup.

In 1996, Cherevchenko signed a contract with Lokomotiv - the club that would become the biggest part of his career. Here Cherevchenko won three Russian Cups, three League silvers and one bronze.

After ending his career as a player, Igor started working as a coach at Lokomotiv-Perovo, the children football school of Lokomotiv. Since February 2008, he has been part of the main team’s coaching staff. On May 21, 2015 then-acting manager Igor Cherevchenko and the Railwaymen won the Russian Cup. Igor became the first-ever Russian coach who managed to win the Cup both as a player and a coach.