‘Still enough time to get fit’ 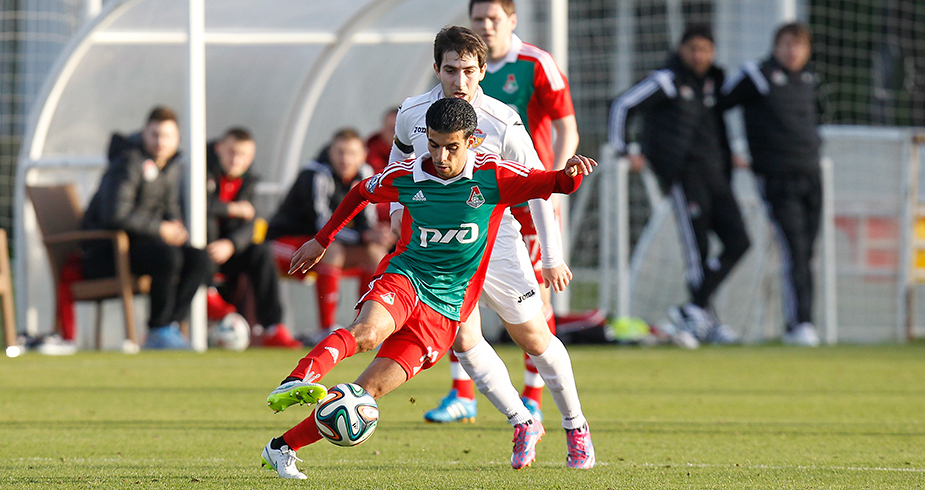 On 24 January Lokomotiv played their second exhibition game against the Armenian FC Ulisse (4:0). Shortly after the game, Loko-TV talked to Mbark Boussoufa and Dmitriy Tarasov.

- We worked on the play organization, and we’re trying to make the ball move faster, - says Boussoufa. – It’s only a second game this year but we’re trying to get the rhythm, and today we’re successful.

It was much more difficult in the first game against Borussia. We had been practicing for just a week, while the Germans were in a better condition. We have enough time to get fit, so we will be ready for the first League game against Rubin.

I like this training camp. It makes good impression. We have had a smooth start, the conditions are great, the hotel is great. Thankfully, only few players are injured and so we’re all getting ready for the season.

Dmitriy Tarasov also shared his impression of the first camp, and described how he saw the second one in Spain.

- I wasn’t supposed to play in these games, but I felt I was able to play for half-an-hour, - says Dmitriy. – I informed the coach, he agreed and so here I am.

- What’s your impression of the combinational play, the interplay on the pitch?

- It’s hard to judge from this game, it’s only our second game. We’re not yet 100% ready and we need to work: we make mistakes even against a weak opponent, though Ulisses worked well today.

- How have you profited from this training camp?

- I worked with the team from the beginning, I trained every day. It’s been a good camp, it introduced us to physical loads. I ran a lot, and started getting fit through exercises. Now we’re to relax and then go to the second training camp.

- Share your expectations. In Spain, the schedule will be tighter, and the opponents will be stronger.

- The more games the better. You get fit by playing, and we get used to each other. It’s good that we’re going to play a lot, and I don’t care about the opponents.