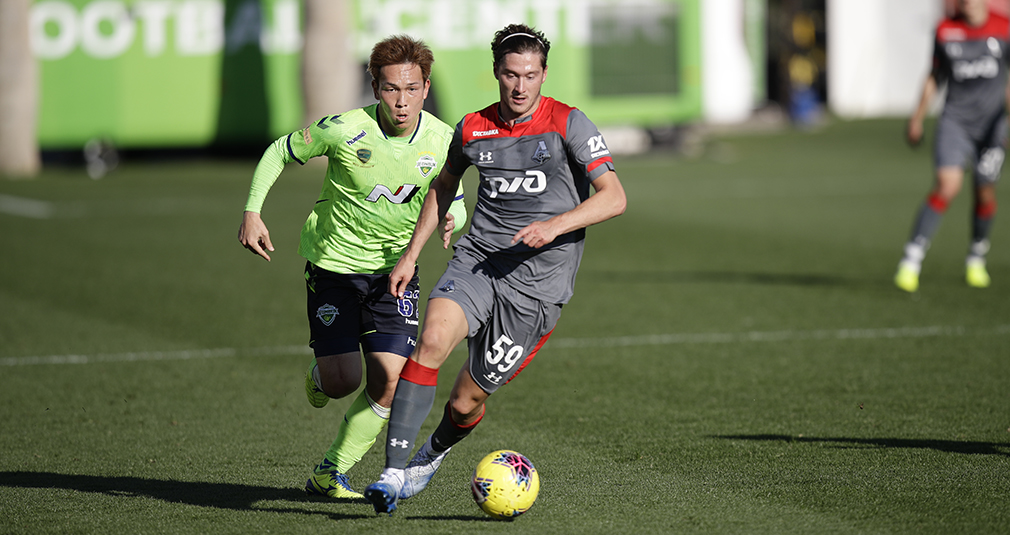 Lokomotiv was to take on Jeonbuk in the camp’s last game. Several days-off and sunny weather in Marbella that preceded the match should have given the guys some extra positive emotions.
Jeonbuk was our first opponent of approximately the same condition. They too came to Spain in mid-January and had had two friendlies. Unlike Steaua and Osijek that concluded the entire preparation cycle with this camp.
The first half was dynamic.Both teams took control of the ball one after...