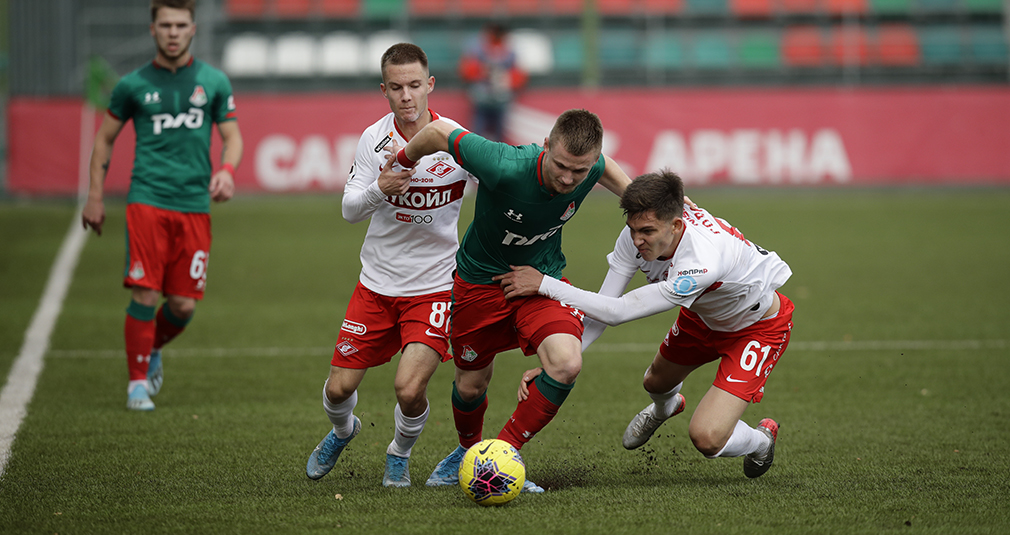 Lokomotiv were entertaining Spartak just days after one of the most important games of the season – on Tuesday our youth team beat Juventus in the UEFA Youth League.
In the first half the Railroaders managed to create only a handful of opportunities. Baraboshkin was among the most active on our team, having produced two dangerous attempts.
Lokomotiv had to score after the break when Spartak’s keeper Poplevchenkov failed to grab the ball after a cross from a flank....