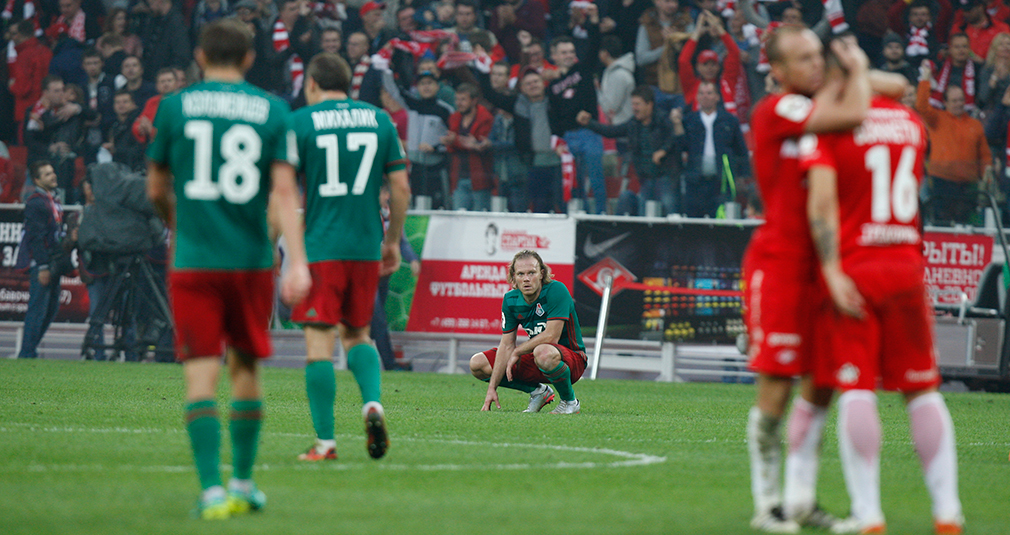 Lokomotiv lost against Spartak during Gameweek 6 of the Russian Football Championship.
As one would expect, interest for the top tie of Gameweek 6 was enormous. Roughly four thousand seats allocated for the visiting side's fans sold out in four days. The away section at Otkrytie Arena was crammed - and painted red-green.
The derby coincided with a nice round figure: Yuriy Syomin’s 800th match in capacity of Loko’s head coach.
Though the first half was a bit slow,...