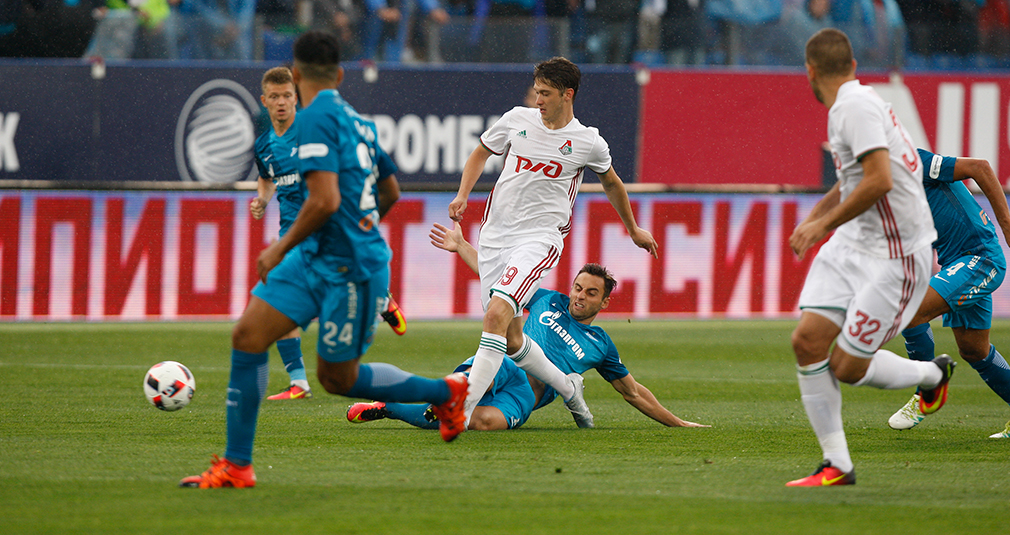 Zenit and Lokomotiv come level in the new season's curtain-raiser.
Season 2016/17 of the Russian Premier League was to kick off in Saint Petersburg. Our previous encounter at Petrovsky last season turned into a heated and controversial match, and one could anticipate another clash of the arch-rivals.
However, Zenit’s early onslaught lasted not more than 30 seconds. After the outburst, the home side just kept the ball in possession idly probing Lokomotiv defence. The...