Jose Couceiro: “I wanted we score the third goal” 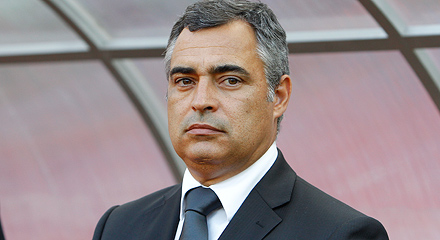 After the final whistle in Graz head coach of Lokomotiv Jose Couceiro shared his opinion about the game.

-  In the first half we started to play better after Sturm`s goal, - said Couceiro. -  Lokomotiv is stronger than Sturm. However I didn`t like how my team played in the second half. I wanted we score the third goal, because one crazy shot from the opponent`s side could leave us without three points.

- Did problems with electricity influence on the game?

- I don`t think so. The most important is that in such games and in such situations our team acquires the experience.  There are many young players in Lokomotiv and for them this experience is priceless. In general I can`t say that I`m fully satisfied by our game. In the second half we had to score the third goal and to kill the game.