Lokomotiv held its first training session at the training camp 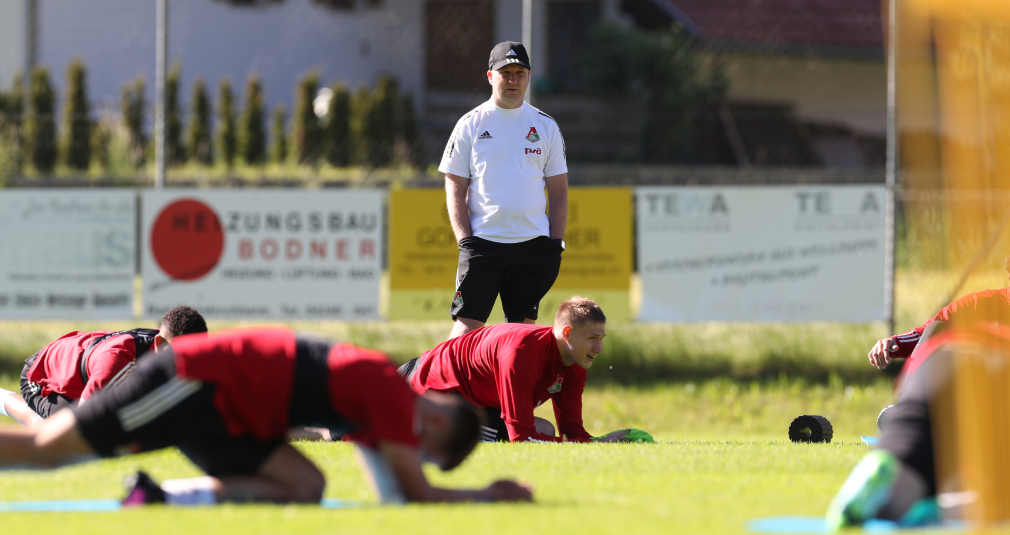 It takes three hours to fly from the Russian capital to Klagenfurt, a small Austrian city. At the local airport, there is only one lane – it is quite enough for not the highest traffic. From the plane, we go straight to the terminal for passport control. The Austrian border guards, without any questions, smiling, kindly put a stamp in the passport. Hello, Austria!

Klagenfurt Airport is located on the outskirts of the city, so we will get acquainted with the main attractions of the administrative center of Carinthia some other time. In the meantime, we're heading for Bad Kleinkirchheim.

Located at an altitude of thousands of meters, the ski resort has a favorable geographical location. By the way, it is relatively close to Maribor, where Lokomotiv once held training camps. By Russian standards, the distance between the Austrian and Slovenian cities is small, only two hundred kilometers. Therefore, looking at the map, any resident of Russia will note the proximity of the place of our current gathering to different European countries.

Marko Nikolic's team will start preparing for the next season here. We will not reveal all the secrets, but we will still tell you about the training schedule. «Railwaymen» are waiting for mainly two-times-a-day training sessions: every day, in the morning and in the evening.As for the two test matches at the first training camp. On June 23, the game with Zhilina will start at 16 o'clock Moscow time, and on the 26th at 18 o'clock Moscow time.

– We had almost a month of vacation. I hope that everyone has had a rest from football, first of all, psychologically. Let's see how the tasks we received before the break worked out. Most of the players did a good job. 28 people are gathered today and started working in good conditions in Austria. I know this country very well, I have been here every summer for 10 years. We will have two friendly games at the first training camp - «Zhilina» on June 23 and «Olimpia» on June 26. There will be six games at the second training camp.

Our task is to prepare ourselves for the new season: physically, tactically, to work on the old scheme, to prepare a new one. We have a lot of young players here with us. Four players play at the Euro, two men for the Russian national team, two men for the Polish national team (Barinov, Zhemaletdinov, Krychowiak and Rybus). They will miss the first training camp, then they will have a short vacation after a long season.

We also have the opportunity to take two more foreigners. It is very important to strengthen the team in the positions of central defender and «box-to-box». I hope that this will happen as soon as possible, because it is important for the players to work from the very beginning of the training camp, and not to join the team in August.

We've had a few changes in the coaching staff. The club has two new doctors, two new administrators. Fresh blood, we will work. We will prepare like in winter, to fulfill all our goals, and they are always the highest. First of all, this is the Super Bowl, the season will start with it. And then the championship starts, the Europa League. I would really like to play in Europe in the spring, this is one of the big goals. We can fight for the championship in the RPL, why not? Also in the spring, we will start playing in the National Cup.