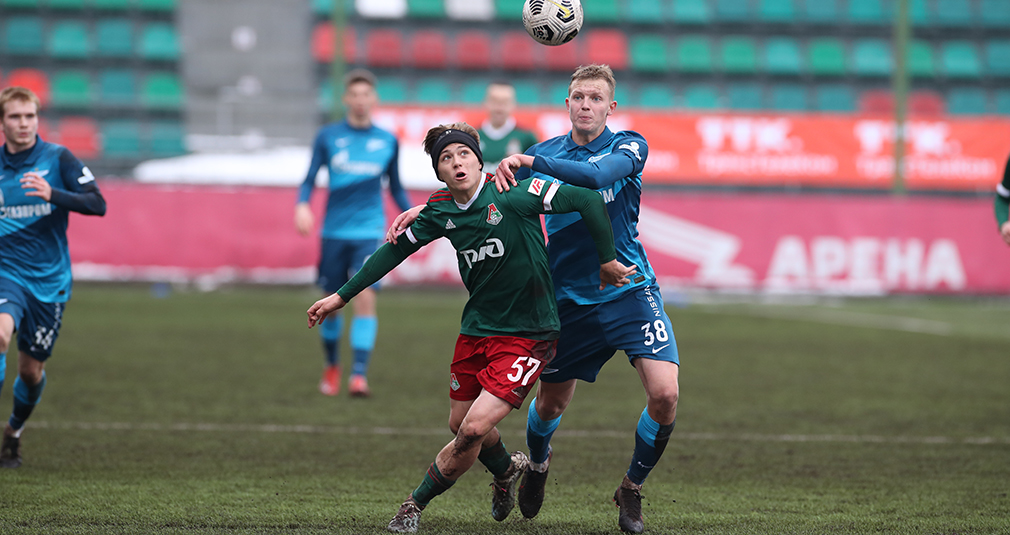 The second part of the Youth League season resumed with a match between the two strongest teams of the tournament at Sapsan Arena. Zenit was top of the table in Group B, while Lokomotiv was second, four points behind. Zenit's winning streak stretched over 13 matches - the last defeat for the team from Saint Petersburg was against Lokomotiv back in September. At the same time Lokomotiv have not lost 11 matches in a row.

From the first minutes it became clear that our team did not intend to interrupt their streak. In the first attack, Pershin could have scored, but the ball went over the crossbar after a pass from the wing. A few minutes later Matvey created a moment for Morozov. Pershin passed the ball to the far post, where Evgeni was waiting - the ball did not hit the target.

In the 37th minute, the same Pershin almost created a masterpiece. Matvey got the ball on the penalty line and unexpectedly tried a bicycle kick - inches from the bar.

Lokomotiv were able to get what they deserved in the 43rd minute. After a cross from the wing to the far post, Larin beat the goalkeeper with a header.

Lokomotiv started the second half in the same manner as they ended the first. In the 54th minute, Pershin broke on the wing, moved to the centre and rolled the ball to Babkin for a shot - the ball hit the crossbar.

In the 68th, Pershin himself closed Kasimov's cross at the near post, but Matvey shot into the goalkeeper from several meters, and soon the Zenit goalkeeper rescued after Morozov's shot from a close range.

Not having realized a huge number of chances, Lokomotiv conceded a hurting goal in the 90th minute. Kim shifted from the wing and shot into the post, while Kuznetsov was first on the rebound - 1:1.