Lokomotiv have beaten Östersunds at the training camp in Spain 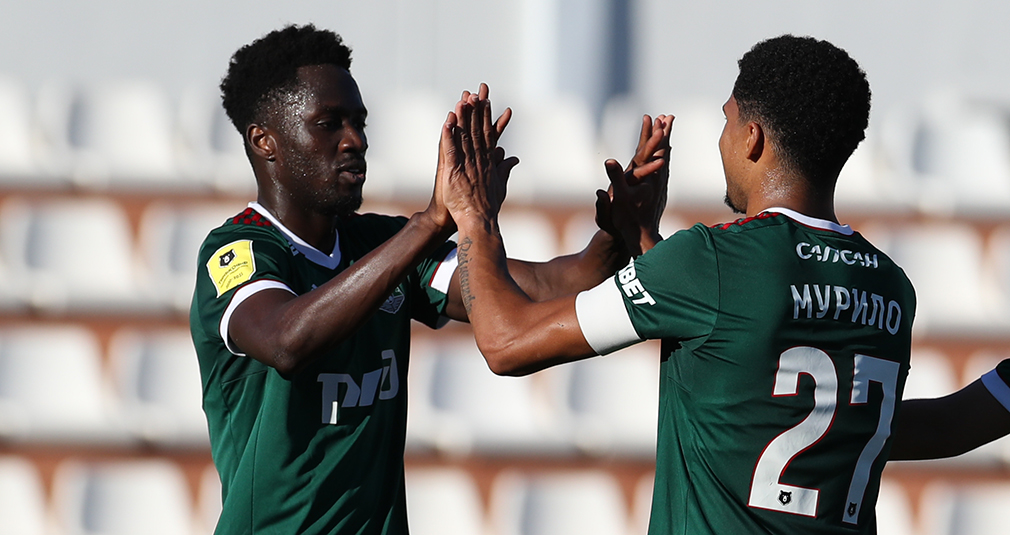 Lokomotiv finished the first part of the training camp with a match against Östersunds, the team they already met in Spain in 2018. That game ended in a 3:3 draw. The opening minutes of this match showed that the opponent is ready to repeat the high scoring game of three years ago. Östersunds immediately turned on powerful press and caused a huge number of problems for our defence.

The Swedes opened the score in the fourth minute. A cross from a left wing, which none of our defenders were able to intercept, but the top scorer of Östersunds Turgott was there to finish it. Östersunds didn’t stop and shortly afterwards, they created two more dangerous moments. Stolt and Ssewankambo had a go from the edge of the penalty area - both times the ball went inches from the post.

By the middle of the half, Lokomotiv pushed the game away from its own penalty area. Iosifov, who played along the entire front of the attack, was really active and was leading the game. Also, Krychowiak tried his luck twice from long distances. In the 20th minute, Grzegorz shot after a rebound from a corner and sent the ball over the crossbar, and in the 32nd minute, he tested goalie from 30 meters - Keita parried the shot.

Lokomotiv equalized the score in the 41st minute. Lisakovich burst into the penalty area on the right and made a low cross - after a deflection the ball hit Haugan and rolled into the goal.

Östersunds responded before the whistle for the break. Stolt jumped high in the penalty area and finished the cross from the left, but the referee for some reason did not count the goal, which caused a lot of controversy.

Just like in the first half, Östersunds dominated the start of the second. First, Bellman almost closed the cross from the wing. Then Mensah was left alone on the corner, but missed the target from five meters. And in the 57th minute the referee awarded a penalty to Östersunds - after Arhin's cross, the ball hit Corluka's shoulder. Nevertheless, Turgott failed to outplay Kochenkov. Anton reacted to a powerful shot into the left corner and pulled out his hand.

In the 62nd minute, Lokomotiv's changed the squad completely. The young players came on the field, as well as Kamano, Murilo and Eder. It was the last two who determined the result of the game, having won the aerial duels on a corner in the 85th and 89th minutes - 3:1.

The first part of Lokomotiv's training camp is over. The team will get a few days off, after which it will continue preparations for the resumption of the season.