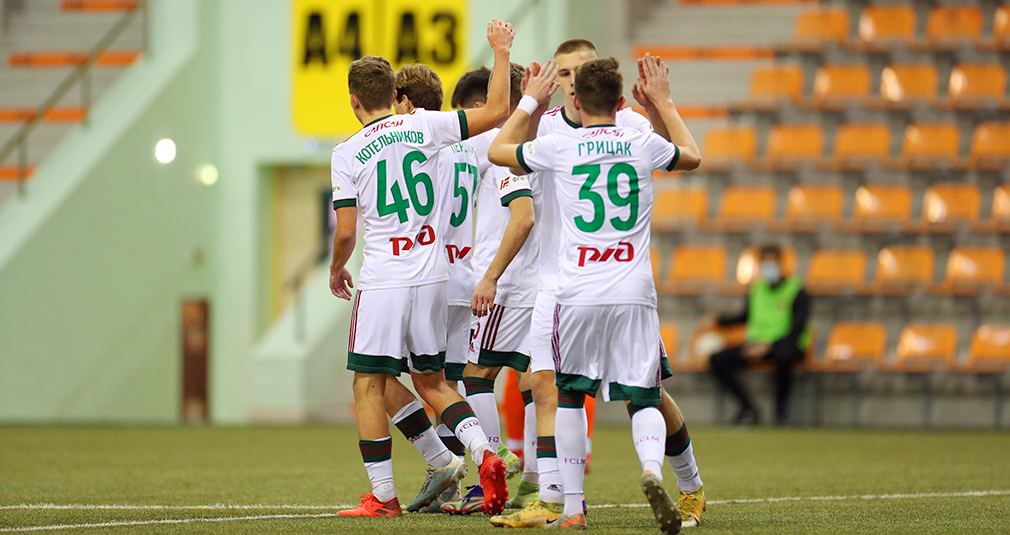 Lokomotiv ended 2020 in Yekaterinburg. The players escaped from the Ural frosts in the covered arena, which allowed the match to be played in comfortable conditions. Lokomotiv approached the game in good spirits and good shape - our team won the last two matches with a total score of 9:0.

In this game, Lokomotiv showed from the first minutes that it intends to score as much as possible again. In the ninth minute, Babkin entered the penalty area dribbled past the defender and was fouled. Sergey himself confidently converted the penalty.

A minute later, Pershin should have scored the second goal of the game. Matvey went one on one, but the goalkeeper did not allow our striker to dribble past him and knocked the ball out from under his feet. In the middle of the half, Gritsak did not convert similar chance. In the 32nd minute, two of our players went one on one with the keeper. Gritsak was not greedy and passed the ball to Pershin, who put the ball into an empty net.

At the beginning of the second half, Matvey returned the favour to Ilya. Again both players went one on one, but this time Gritsak got the goal. Ten minutes later Kasimov, the top scorer of the youth team, showed his individual skills. Timur burst into the penalty area, ran past the defender and hammered the ball under the crossbar.

Once again, Ural did not allow Lokomotiv to get a clean sheet. Novikov got the ball near the edge of the box and shot into the far corner with the second touch. Nevertheless, our team had the last word. Turischev came on and made the difference again. Max took the ball next to the penalty line, moved away from the defender and shot past the goalkeeper - 5:1.

Lokomotiv got another victory and left for the winter break in second place. The youth league will resume at the end of February.