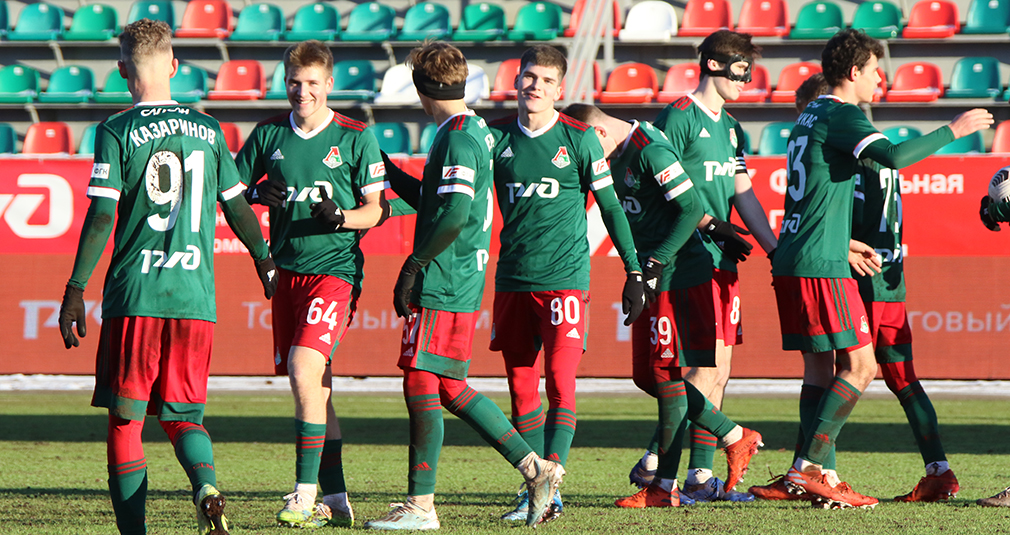 The victory over the Konoplev Academy in the first round was not easy. Our team managed to get a win only at the end of the game thanks to Morozov's double - 2:0. In this game, the youth team immediately seized the initiative and did not want to leave the score equal for too long. By the 30th second Lokomotiv had created two chances. After Kasimov's shot into the far corner, the ball was carried out of the goal by the defender. Gritsak was first on the rebound, but he did not hit the target.

Gritsak was one of the best players on the pitch in the first half. After a missed opportunity, Ilya got angry, created several chances and opened the score in the 28th minute. After throw in into the penalty area, the goalkeeper did not catch the ball and Gritsak lobbed the ball past the keeper and opened the score - 1:0.

Two minutes later Gritsak organized the second goal. Ilya entered the penalty area, moved to the centre, waited for Kotelnikov to open and rolled the ball to him for a shot - 2:0.

At the end of the half, it was time for Kasimov, who was also very active and could have scored earlier. In the 41st minute, Timur took the ball in the center of the penalty area, shifted slightly to the left and put the ball into the far corner. And two minutes later, he struck powerfully under the crossbar after Gritsak's cross, scoring his second goal.

It didn’t take long for Kasimov to get a hat trick - in the 59th minute Timur put the ball into the back of the net after Matveev’s cross.

After that Lokomotiv missed a few more good chances. Pershin was very unlucky - Matvey beat two defenders in the penalty area and shot into the far corner from seven meters, but the goalkeeper managed to pull a save and push the ball out for a corner. Soon Larin missed a similar chance.

Turischev put the final point into the game. Max came on as a substitute in the 73rd minute, and in the 74th he took advantage of an inaccurate pass from the defender, beat the goalkeeper and rolled the ball into an empty net.

The youth team got their biggest win this season. On December 15, our team will end the year with an away match against Ural.