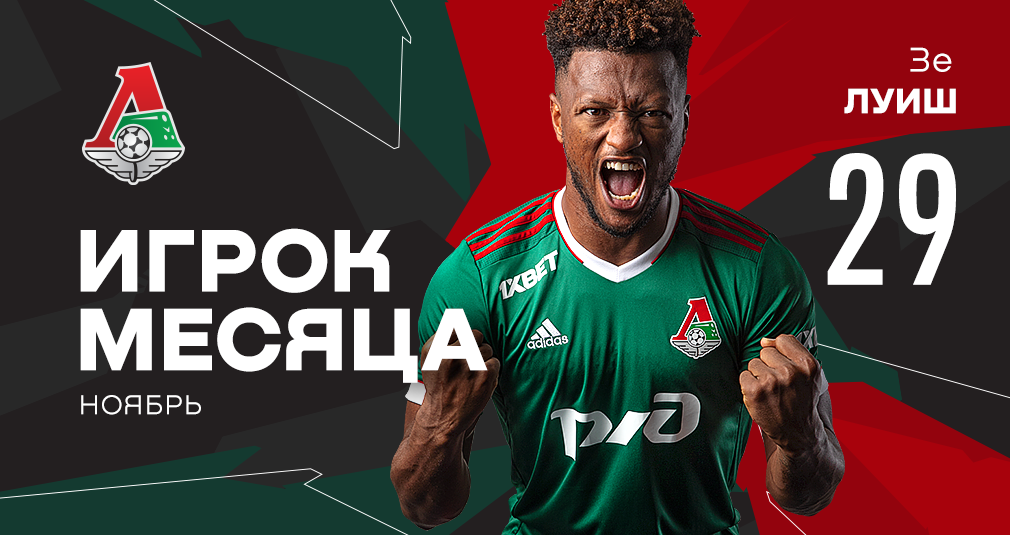 Voting for Lokomotiv’s best player in November has been completed.

In November, Ze Luis played five matches, started four of them and scored one goal. We would like to congratulate Ze and wish him a speedy recovery from his injury!