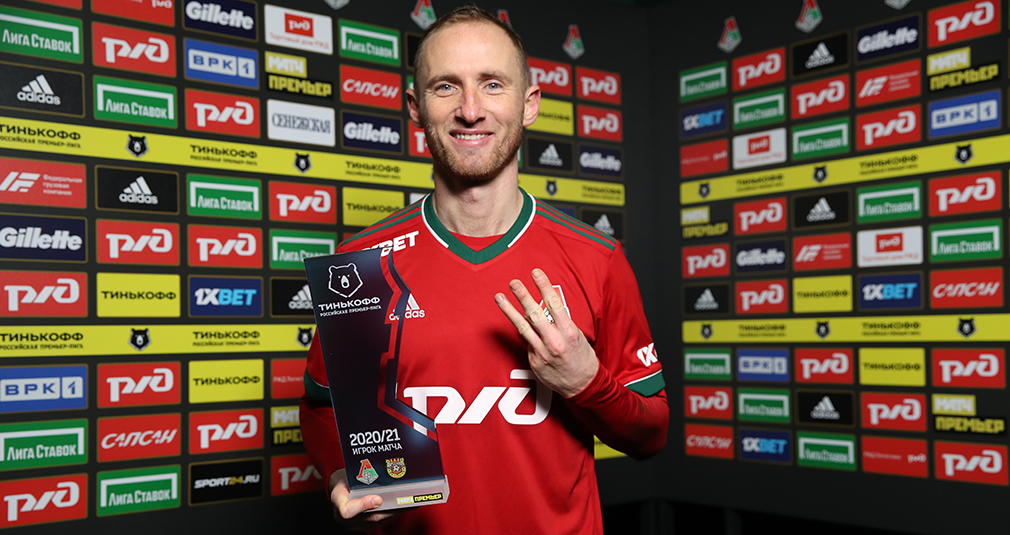 Vladislav Ignatiev was named Man of the Match against Arsenal (1:0) in Gameweek 15 of the Russian Premier League. After the game he shared his emotions.

- You were taken off at the end of the match. Is everything okay?

- I got a minor injury and asked for a change. We needed a fresh player.

- The match turned out to be very difficult. Did you expect this kind of game?

- All matches are tough, it is not easy to get points. I am glad that we won because we couldn’t afford to drop more points . We won despite the sending off, showed character. Arsenal played aggressively, it was hard to break down their defence. Now no one wants to lose, everyone wants to leave for the break in a good mood, so we fight.

- It seemed that Lokomotiv started to play better after sending off - on counterattacks.

- I thought the opposite. We had more chances, Arsenal did not create a single one before sending off. After sending off, we were forced to play on counterattacks. We used our chance, although there were not many.