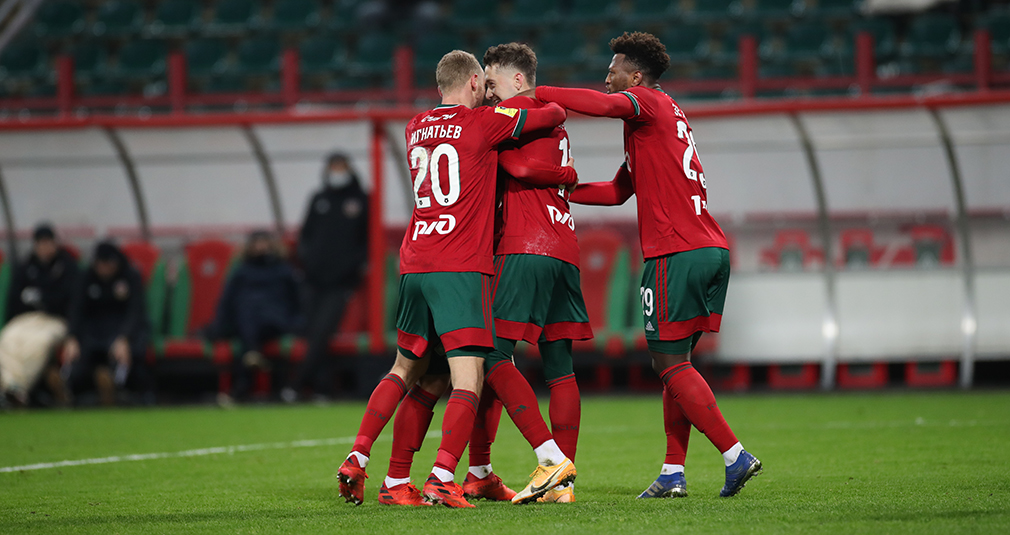 Both teams approached the game with major squad problems. Arsenal was without Kangwa, Belyaev, Tkachev, Lutsenko, Kombarov, Minaev, Denisov and Zlobin. At the same time Lokomotiv had their own problems - Smolov was out with the injury, Guilherme and Rajkovic were suspended, and Magkeev was not included in the squad. Nevertheless, there were some positive news - Vedran Corluka returned to squad after recovering from injury.

November 21 is a special day for Lokomotiv. Exactly 18 years ago, our team defeated CSKA in the golden match and became the champion of Russia for the first time in history. For this game, the press office prepared a special edition of Our Loko magazine, dedicated to the 2002 season. The heroes of the that team Oleg Pashinin, Bennett Mnguni, James Obiorah and Milan Obradovic remembered the golden match against CSKA and before the match the fans together with Evgeny Kirillov named the squad of that Lokomotiv.

Lokomotiv dominated the first half. Our team had more possession, had more chances near the goal and had more shots, especially in the first 20 minutes. Miranchuk created two chances for Ze Luis, first when he put a cross into the box and Ze hit straight at the keeper, and later when he put Ze Luis one on one - the keeper made a good save.

Arsenal tried to counterattack, but none of them presented any threat to our goal. However, Arsenal left for the break in great spirits. In the 45th minute, Khlusevich dribbled past Corluka and Vedran had to foul him to stop a dangerous attack. This was a second yellow card for our captain and Lokomotiv went down to ten men.

At the beginning of the second half, Lystsov replaced Eder, and the guests pressed Lokomotiv to the goal. Bauer, Panchenko and Khlusevich all had a go, but all their shots went wide.

Lokomotiv scored in the very first counterattack. Murilo kicked the ball away from the penalty area, Ze Luis got the ball in the centre of the field and passed it to Krychowiak, who made a through ball to Miranchuk. Anton burst into the penalty area and made a cross to the far post, where Ze Luis was waiting. After watching the replay, the referee disallowed the goal, as he saw the handball in the build up.

The disallowed goal angered our team. Lokomotiv became more offensive and earned a penalty six minutes later. Ignatiev burst into the penalty area after Murilo's pass and was knocked down. The referee went to watch the replay again and a few seconds later pointed to the spot. Anton confidently converted the penalty.

Until the end of the game, Lokomotiv didn’t let the opponent to create anything near the goal, except for one chance - Lomovitskiy made a powerful strike from outside the penalty area, but Kochenkov pulled a great save.

Lokomotiv interrupted a streak of three defeats in a row and moved to sixth place.