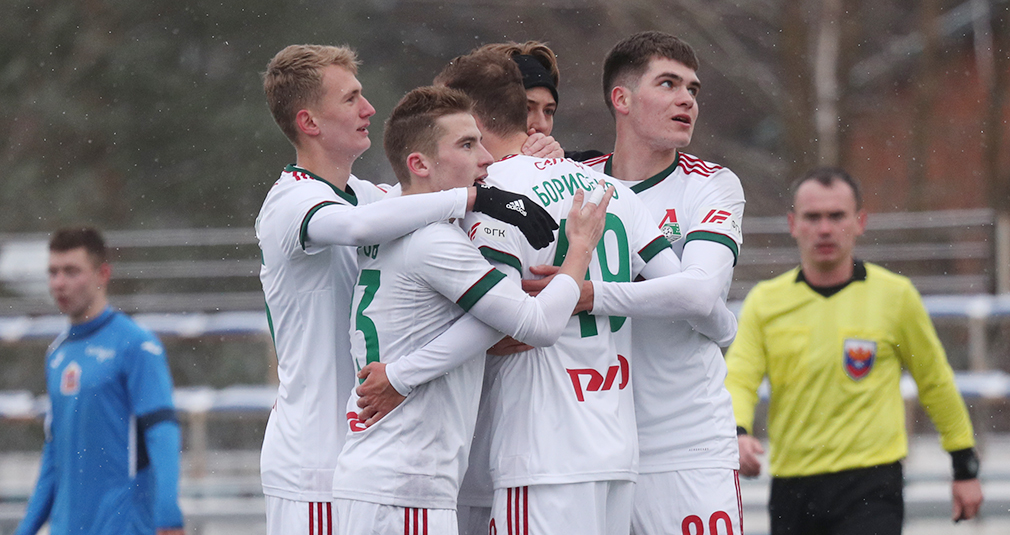 Lokomotiv's youth team continues to fight for the first place in the league. The main competitors, Zenit and CSKA, both got the win in Gameweek 10, so our team couldn’t afford to drop points. The first round match against Master-Saturn turned out to be very difficult - the “railroad workers” had a solid advantage throughout the game, but they were only able to score a few minutes before the final whistle.

The first half of this match had similar scenario. Lokomotiv controlled the ball and pushed Master-Saturn to their goal. The opponent tried to respond with counter attacks, but none of them presented serious threat to our goal. After the 20th minute, Lokomotiv's advantage became more and more tangible.

First, Borisenko put Petrov one on one - keeper managed to save it. Shortly afterwards Babkin tried his luck with a power shot and later Gritsak hit from the edge of the penalty area - Alekseev played brilliantly.

The key moment of the match happened in the 44th minute. Kainov fouled Petrov near the penalty area and earned a second yellow card.

After the break, Master-Saturn had a very tough time. In the 57th minute Kasimov burst into the penalty area and was knocked down - Borisenko converted the penalty.

In the middle of the half, Kasimov could have scored himself - Timur tried to lob the goalkeeper from the edge of the penalty area - the shot went above the goal. Nevertheless, Kasimov got his goal in the 74th minute - Timur picked up the ball at the edge of the box, moved to the left and shot perfectly past the keeper.

And a minute later Lokomotiv scored another one. Babkin put Petrov into a good position in the penalty area and Max sent the ball into the far corner - 3:0.

Before the end of the match Lokomotiv could have scored more goals, but all attempts lacked accuracy and luck. The youth team got their fourth victory in a row and returns to the second place in the table.