Dynamo gets the win in the Moscow derby 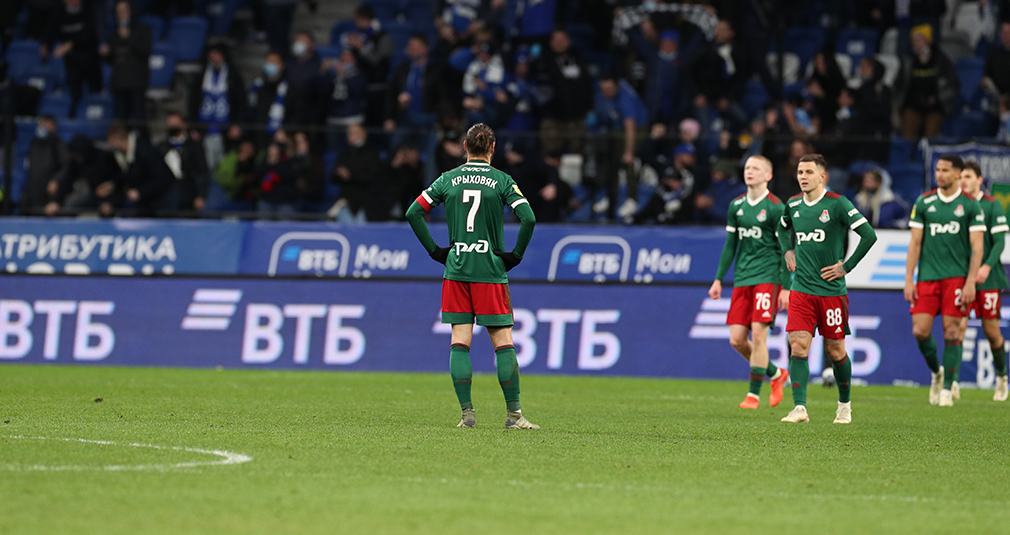 Lokomotiv and Dynamo approached the Moscow derby with certain squad issues. Our team missed Rybus and Eder due to suspension, as well as Corluka who did not recover in time for the game. Rajkovic started in the center of the defence, Ignatiev as a left back and Ze Luis and Smolov in attack.

At the same time, Dynamo was without Shunin, who had dubious coronavirus test, Komlichenko and Neustädter, who were out with the injury, as well as Ordets who was suspended for this game.

Dynamo scored in the first attack. After a corner kick, Fomin headed the ball into the center of the penalty area to Evgenjev, who was alone and shot past Guilherme from several meters.

In the 15th minute Lokomotiv had a great chance to score an equaliser. Smolov rolled the ball into the penalty area to Ze Luis and put him in a good position, but his first touch was poor and allowed the goalkeeper to come close and save the ball.

After that the game turned into a nightmare for Lokomotiv. First, Smolov got injured in 32nd minute and couldn’t continue. Two minutes later N’Jie was alone in the penalty box and finished perfectly a low cross into the box, making the score 2:0. And then Rajkovic earned two yellow cards in the space of two minutes and left Lokomotiv down to ten men.

Nevertheless, Lokomotiv managed to pull one goal back before the break. Miranchuk made a perfect cross into the box after the corner and Ze Luis struck the ball powerfully into the back of the net. 2:1.

At the beginning of the second half, Lokomotiv tried to return to the game. Ze Luis had two great chances to score: first, from a free-kick, and later he shot from an acute angle into the near corner - Leshcuk saved Dynamo both times. Shortly afterwards, Murilo had a shot on goal from a corner - Dynamo goalie was there again to save his team.

While Lokomotiv was busy trying to score the equaliser, Dynamo scored the third goal. Lesovoy took advantage of the gap in defence, went one-on-one and outplayed Guilherme. The match ended for Lokomotiv in the 64th minute, when Marinato jumped outside the penalty area to intercept ball and touched the ball with his hands. The referee showed Marinato a red card.

In the last minutes of the game, our team conceded two more goals. Fomin converted a penalty, while Rausch took advantage of another counter attack - 1:5.