The youth team have beaten Khimki 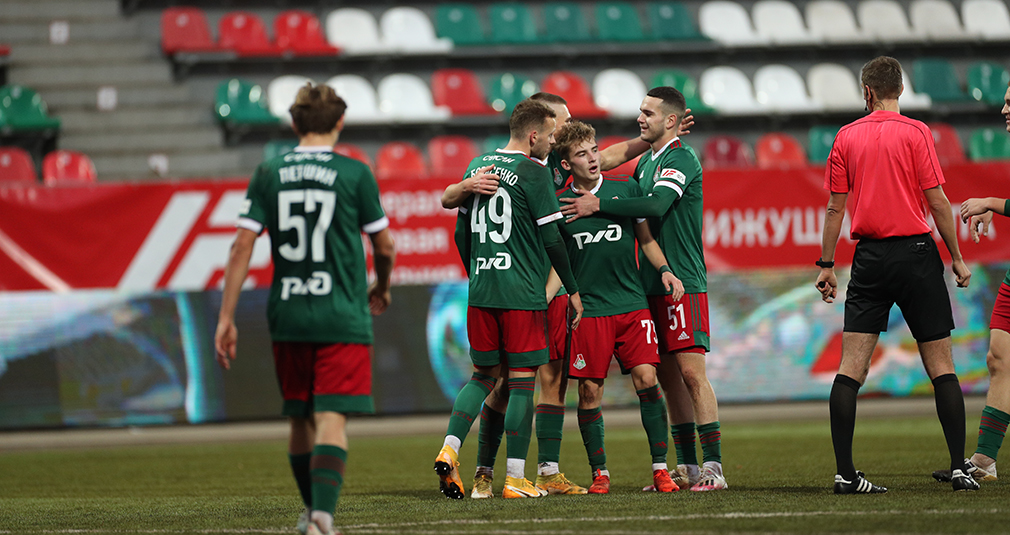 Lokomotiv approached the match with Khimki in the status of an unconditional favorite. Our team is fighting for the first place in the league, while Khimki are near the bottom of the table. Nevertheless, the game turned out to be difficult.

Despite Lokomotiv's solid advantage at the beginning of the game, Khimki practically did not allow us to create chances near their goal. Only in the 13th minute Lokomotiv created first chance, Borisenko tried to head the ball into the goal from ten meters - the goalkeeper pulled a save.

The outcome of the game was decided by the individual brilliance of Petrov. In the 40th minute, Max picked up the ball in the center of the field, reached the penalty area, beat the opponent and powerfully shot into the bottom corner.

In the second half Lokomotiv could have doubled the lead, but the team lacked accuracy and luck. First, Kasimov shot above the goal from the edge of the penalty area, then Generalov made a save after a close range shot from Pershin, and later Babkin made a cross into the box, but Shmakov shot went near the post.

Khimki did not have an opportunity to score an equaliser. Our team pressed the opponent to their goal and should have scored the second goal. After a three-on-two counter attack, Baraboshkin shot into the near corner - Generalov managed to save the ball. And a few minutes later Turishchev beat the goalkeeper and almost scored, but Mosiyan managed to kick the ball away from the goalkeeper’s line.

Lokomotiv's youth team won their third match in a row and remained in second place in Group B.