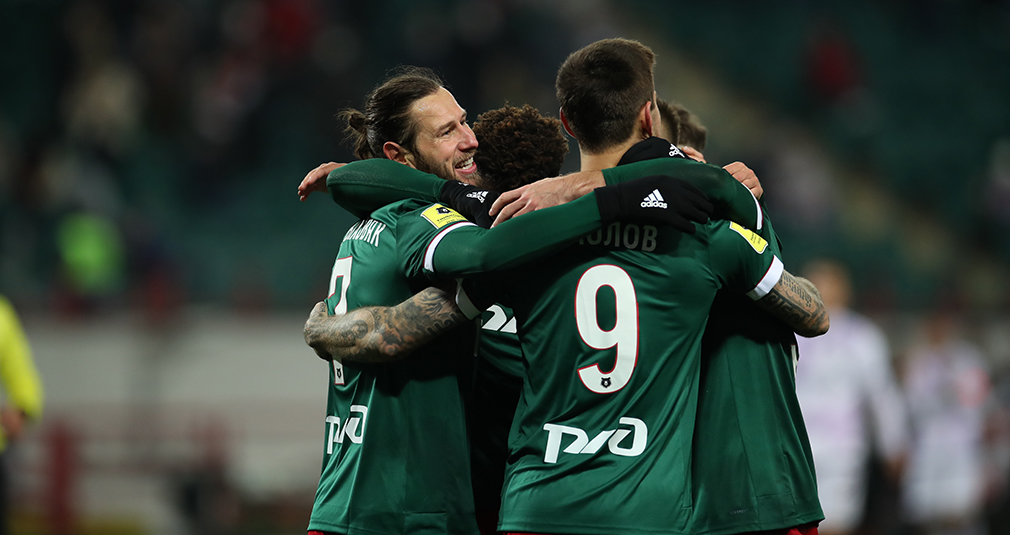 Lokomotiv approached the match against Ufa with heavy losses. Vedran Corluka did not recover in time from his injury. Magkeev and Rajkovic fell ill, Ignatiev's Achilles tendon became inflamed.

Lystsov replaced Corluka in the centre of defence. Vitali made his debut for the club after returning to Lokomotiv. Zhemaletdinov returned to the starting line up, while Kulikov and Krychowiak paired in the center of midfield. The new signing Ze Luis was included in the squad, but remained on the bench.

On October 17, the Miranchuk brothers celebrated their birthday and both of them had a match. Anton started against Ufa, while Lesha was included in Atalanta's squad for the game against Napoli.

Our footballers came on the pitch in special shirts. "Misha, we are with you!" - a message to Mikhail Lysov, who is not able to play at the moment due to problems with blood vessels.

The first half turned out to be quite boring. Ufa didn’t have a shot on goal, while Lokomotiv created two half-chances.

On the seventh minute, Rifat took advantage of the long ball from his part of the pitch, ran away from the defender and shot into the near corner from the edge of the box. Belenov saved it.

A long time passed before Lokomotiv created another chance - Smolov moved from the wing and powerfully struck the ball. Belenov again was at the right place and caught the ball.

The match was typical for the game between Lokomotiv and Ufa. The railroad workers controlled the ball, the guests defended with the whole team.

However, after the break, the game was revived. Lokomotiv raised the pace and in one of the very first attacks earned a dangerous set piece a meter away from the penalty box. Anton Miranchuk’s shot went above the wall, but it went just wide.

A few minutes later the speed of the game became slow again and the coach staff decided to change the game with substitutions. Rybchinsky and Ze Luis replaced Zhemaletdinov and Eder. It took them three minutes to organize the winning goal. Ze Luis pressed Belenov in his own box and forced him to make a mistake. Ze took the ball off him, and then passed it to Krychowiak, who sent the ball into the net.

After the goal, the game was revived again. Rybchinskiy created wonderful chances for Miranchuk, but Anton was catastrophically unlucky. First, his shot from the edge of the box went near the post, and a few minutes later Belenov made a great save after a close range shot from Miranchuk.

Lokomotiv was able to defend the score and finish the game with a victory. On Wednesday, our team will play against Salzburg in the Champions League.