Aleksey Miranchuk: Thank you all very much, I am hugging everyone! Low bow to you! 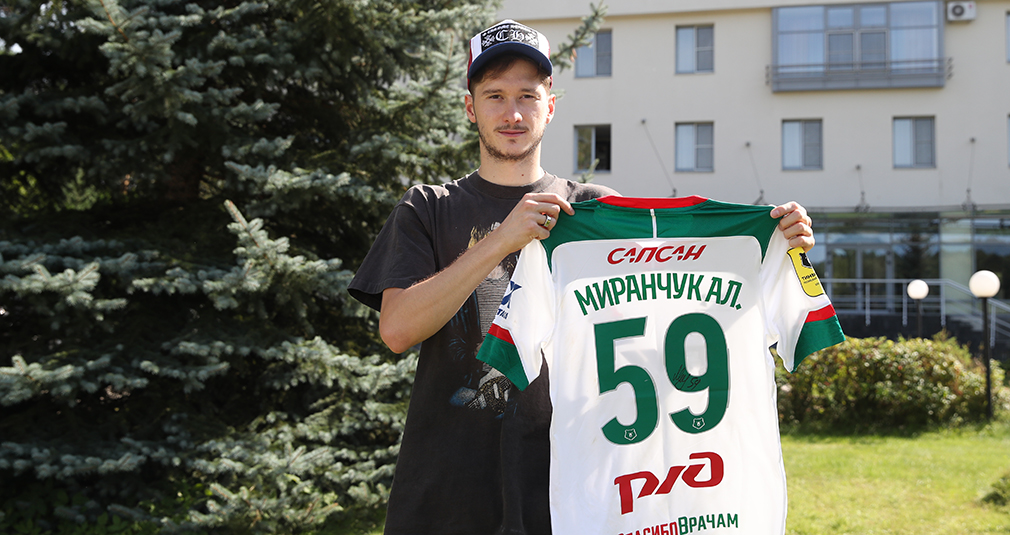 Before leaving to Italy, Aleksey Miranchuk arrived to the training base in Bakovka to collect his belongings and record a goodbye video message to the fans.

- To be honest, I have already cried enough and I am emotionally drained . Now I have consciously come to the base to pick up some things. I am already calmer than I was when I gave the speech at the stadium. In general, I do not really let emotions affect me and thought that I could control them, but it turned out that they can take over me. I showed all my sentimentality.

Of course, I was thinking about nine seasons at Lokomotiv and I recalled how it all began. But now I realised that it is time to move on. I am sure that I stayed on friendly terms with everyone - with the fans, with the players, with the staff. We will stay in touch. I know that you will be supporting me. From now on I hope you will have one more team that you will worry about.

Looking ahead, I want to start training already because the last days were very nervous. Sometimes I sleep badly, I have to calm myself down. I have never made such serious decisions in my career. I played in the same club for so many years. I think I am ready. I would like to get started as soon as possible.

Thanks to all the fans who were worried, who were always there. I always felt your support. Maybe I did not show you 100 percent in return, but I always saw and felt it. I think it was partly thanks to you that I grew up both as a football player and as a person. Football without fans is not as emotional and spectacular. We have witnessed it over the past few months.

I wish Lokomotiv to double the number of titles. The team is perfectly balanced, with many young players added. I would like the guys to succeed. The main thing is to avoid injuries. I am sure that we will see and hear each other in the future.

Thank you all very much, I am hugging everyone! Low bow to you!