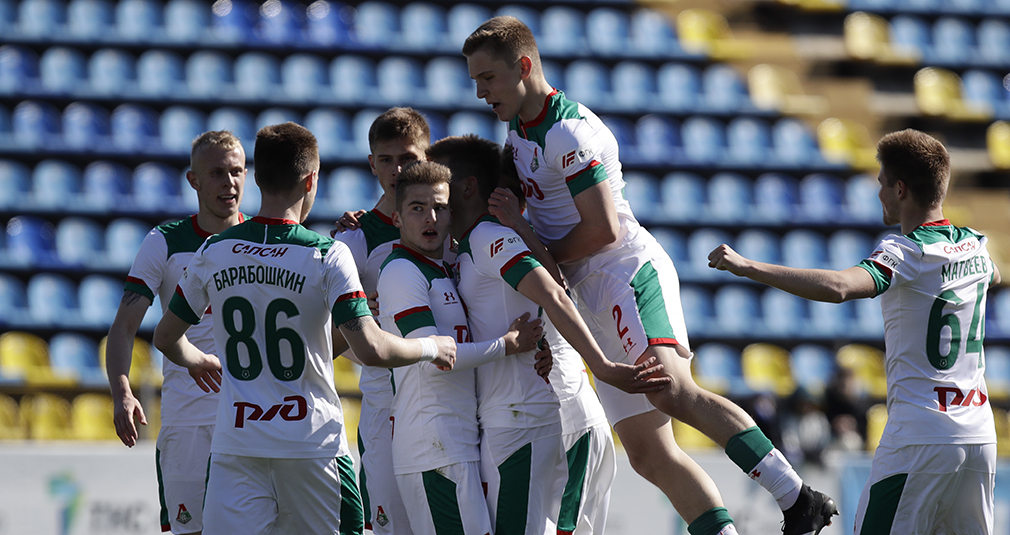 A draw with Akhmat in the previous gameweek pushed our team down the table to the 6th line. However, the density is such that a single win can take a club from the middle to the top three.

Rostov had accumulated an unfortunate streak of 5 games without victories. However, this did not stop the visitors from creating the game’s first chance - Kasyanenko had to get engaged after a first-touch attempt that finished a cross from the right.

Up to the middle of the first half both teams played at good pace but denied each other chances, being good at timely dismantlement. Thus, Lokomotiv scored the opener through Nikita Sharkov after his solo advancement towards the opposition’s goal. Nikita entered the area and earned a penalty effectively converted by Petukhov.

The goal made Rostov crowd the attacking third which allowed Lokomotiv find more opportunities to counterattack. Sharkov was close to chipping the goalkeeper after a cross from the flank, then Turishchev failed to find the net from a close distance. However, he used his second chance - Rostov’s goalkeeper made a mistake playing away from the goal during Loko’s free kick, the ball hit Morozov and had to leave the field but Turishchev chased it and sent it into the back of the net.

Our players surely learnt the lesson that Rostov taught them in the previous fixture - then, Lokomotiv won the first half 2:0 but lost the game 2:3. This time the Railroaders played ideally. Rostov owned the territory but the Red-Greens did not allow to create
a single opportunity at their goal, meanwhile trying their luck on counters. On 55 minutes Karev and Mukhin could have doubled the lead but failed to convert a two-on-one.

During the second half the coaches made several substitutions, almost all of them proved effective. In the 88th minute Petrov broke away on a counter, waited for Pershin to join and passed to him - Matvey redirected it exactly into the far corner.

Two minutes on Rostov’s goalkeeper found himself unprepared for Baraboshkin’s attempt at the near corner, then Petrov settled the final score at 5:0 - Max found space in front of the area, dribbled past an opponent and bent the ball right past the post. The youngsters won and raised to the third line in the table.