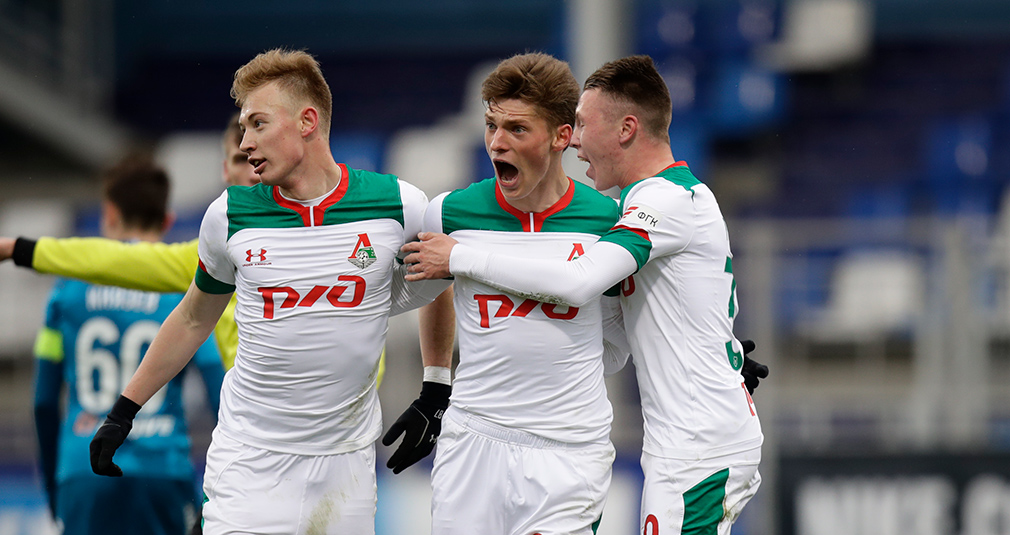 Lokomotiv U21s hit the road to Saint Petersburg to play in their first game after the winter break. The teams had gone to vacation having 33 points each but Zenit was placed ahead of the Railroaders on extra attributes.

Lokomotiv started unsuccessfully. The home team capitalized on an interception in midfield and set up a rapid counter. Korshunov carried the ball to the penalty area and passed it to Bugorskiy who took a shot from 11 meters. Soon our keeper had to step in again, this time to save. Kasyanenko first tipped the ball out of the bottom corner, and then saved a bend by Shchetinin from a free kick.

Turishchev had a fat chance in the middle of the first half. Max worked the ball after it was floated into the box, checked a defender and directed the ball into the back of the net past the keeper but Odoyevskiy saved it with the shoulder.

In the second half, Lokomotiv dominated the pitch. The Railroaders possessed the ball and the territory, and Zenit could see the goal coming. On 46 minutes Chernyakov had to level: Daniil floated the ball into the box, it almost jumped into the bottom corner had the keeper not saved it. Fifteen minutes later Odoyevskiy saved again when Turishchev headed the ball goalwards from the edge of the penalty area.

Finally, Lokomotiv equalized on 68 minutes. Turishchev had opponents engaged in the tackle and had a go at the goal twice - Odoyevskiy saved both but not a close-range follow-up by Gritsak.

Five minutes later Lokomotiv took the lead. Odoyevskiy made his first mistake in the game and Lokomotiv didn’t want to waste the chance. The goalkeeper tried to dribble Karev who dispossessed him and scored the winner.

In the closing minutes Lokomotiv had to make the score big but first we wasted a three-on-one, which was followed by an over-the-crossbar attempt by Pershin who tried to finish off the pass by Morozov.

Lokomotiv restarts the season with the victory and raises to the second line on the table.