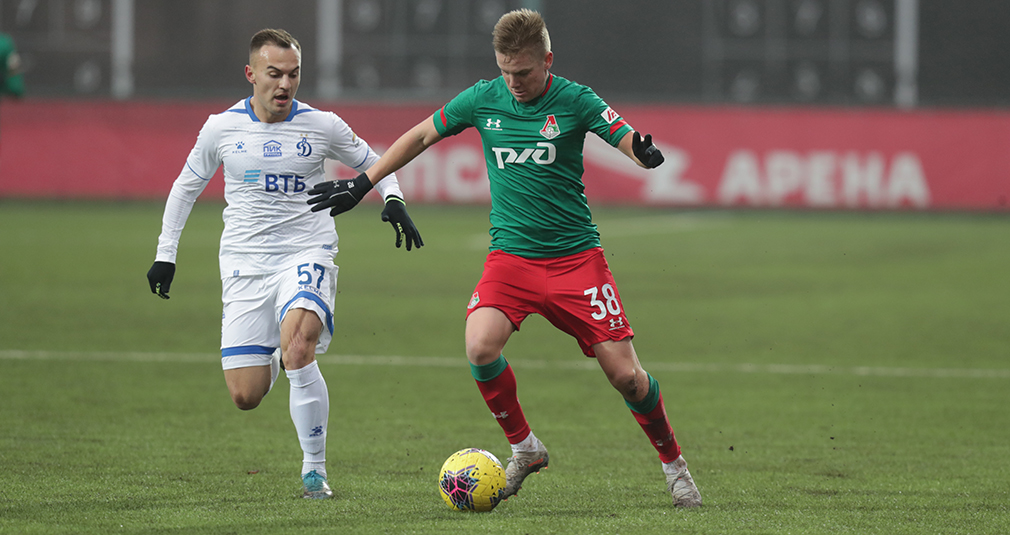 Even before the starting whistle one could guess what the game would be like. Dynamo had conceded 9 goals in 17 games, the Railroaders - 13. Both were among the leaders of the tournament and gave great value to the result: Lokomotiv wanted to catch up, Dynamo wanted to break away.

As it often happens in such games, the outcome was determined by individual mistakes and the convesrion of rare opportunities. The first one was wasted by Slepov in the middle of the first half - his attempt from the right edge of the area went inches off the post. Lokomotiv responded with a raid by Ageyev who pushed the ball past a defender to break one-on-one but had already lost balance and couldn't take a proper shot.

Dynamo opened the score six minutes before the break. Galkin tackled Morozov on the flank, had the ball, ran away and blasted at the near corner from 15 metres, Kasyanenko didn't save. Lokomotiv responded in a minute. Ivankov pushed the ball into the net, converting a cross from Chernov but the referee canceled the goal due to an offside rule.

In the second half the chances were even scarcer but anyway the Railroaders tried to use them to the maximum. Iosifov crossed to Ageyev but a defender got in the way, and moments later Silyanov saw the ball sailing over the crossbar after his attempt from the edge of the goal line.

Dynamo secured another victory and are now 10 points ahead of the closest rivals.