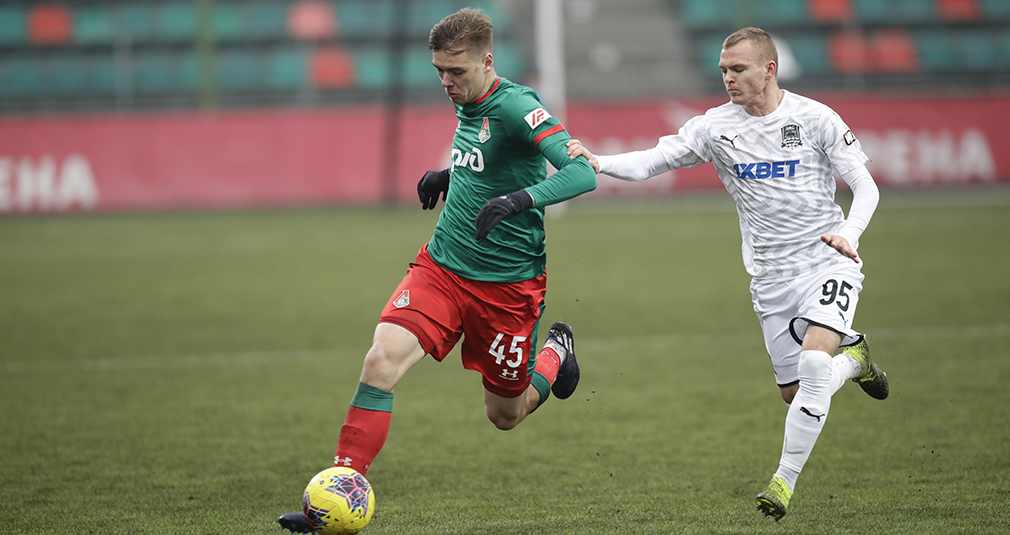 The youth team approached the fixture in the fourth place. Krylya Sovetov and CSKA lost points in that gameweek, so a victory would have taken the Railroaders to the second place.

Krasnodar scored in the very first offensive. The visitors played a combination at the edge of the box and passed to Sabua who put it neatly into the lower corner. After the goal neither team managed to create a single opportunity in almost half-an-hour. The first real danger for Krasnodar came in the 27th minute through Baraboshkin who entered the area from the right side, foxed a defender with a fake strike attempt and had a go but the ball was blocked by another player. Soon Iosifov set up a similar attack, his attempt also was stopped by an opposition player.

In half-time Lokomotiv made three substitutions, one of them proved effective immediately. Nikolay Titkov scored an equalizer from a masterfully played free kick.

However, Kransodar responded immediately. Kasyanenko saved a powerful blast by Sabua into the top ninety but the visitors took back the lead in one of the offensives that followed suit. Our goalkeeper cut a cross but failed to hold the ball allowing Manelov to capitalize on a follow-up attempt.

Lokomotiv were better at the end of the game, when Titkov lacked centimetres to notch a brace, while Bezrukov twice hit the woodwork.

Lokomotiv have suffered a defeat and are now in the sixth place on the table.