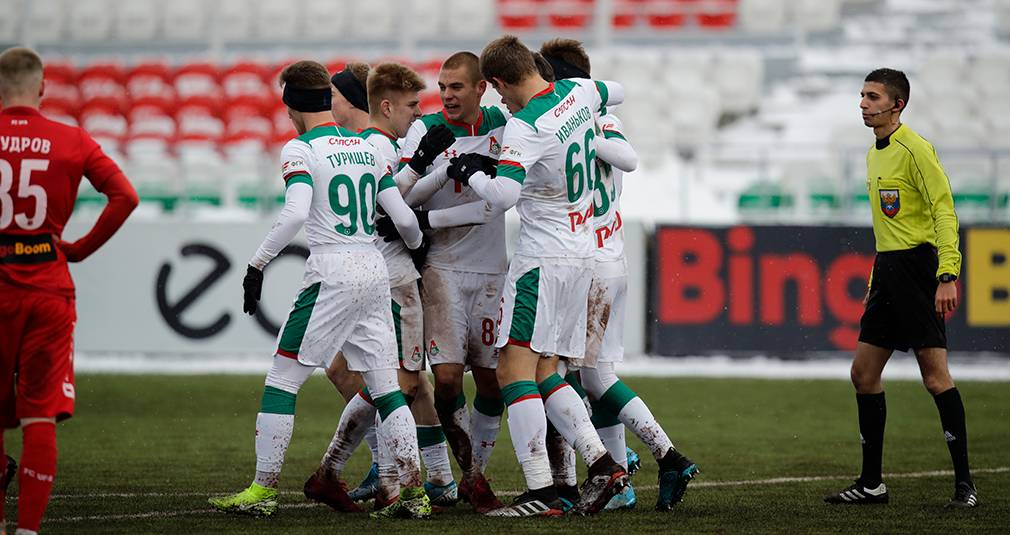 Ufa is the main outsider of the season. The team had not secured a single victory in all 14 games, conceded 50 goals, suffered 12 defeats, with three latest fixtures ending in 1:5, 0:5, and 1:7. A very comfortable opponent for Lokomotiv who was seeking recovery after losses to Akhmat and Spartak.

And they dominated on the pitch in the first half. Lokomotiv took control of the ball and locked the opposition on their half of the field but still was failing to capitalize on at least one of the numerous chances. Ufa’s keeper Saitgareyev was very good, he saved Baraboshkin’s attempt from seven metres and stopped a long-range shot by Mukhin.

After the break Lokomotiv introduced fresh wingers – the decision that proved effective. Karev and Fayzullin tore their counterparts apart creating more uncertainty in Ufa’s box with every minute.

The opener finally arrived through Morozov who came up with an effective follow-up after his team played a corner kick. A minute later Turishchev had to double the lead but his header was saved by the keeper.

The hosts were holding on until 78th minute much due to Saitgareyev’s great performance, but at the end their tactics just fell apart. In one episode, the ball bounced to Khlynov who sent it home. Then Fayzullin shook of his marker on the flank and capitalized on a one-on-one. In the injury time Khlynov scored a brace, having effectively finished a cross from the right.