Kolomeytsev: We’ll take a look at the table at the end of the season 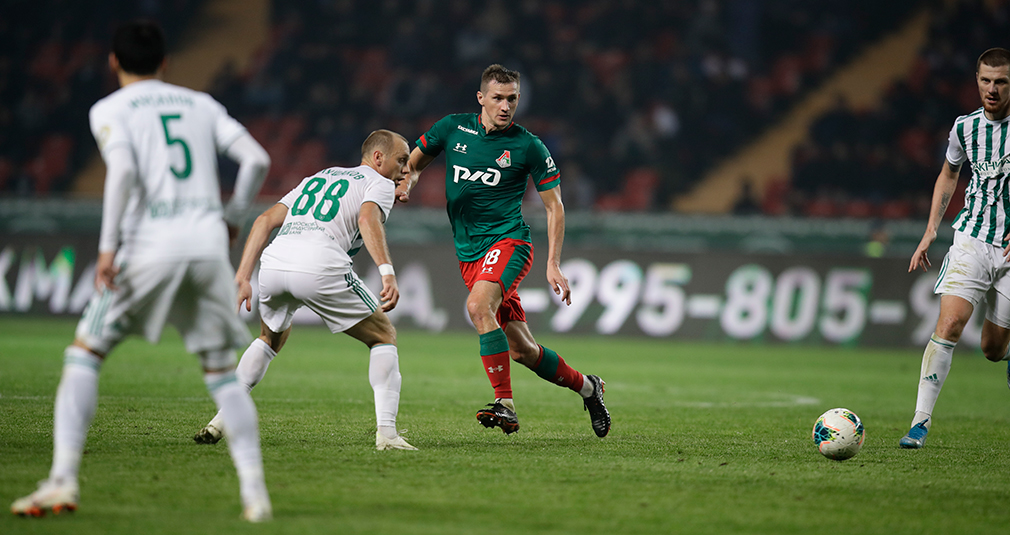 Lokomotiv midfielder Alexander Kolomeytsev scored against Akhmat (2:0) in Gameweek 13 of the Russian Premier League and was named the game’s MVP.

- We have won because of our will. Many of the players have been out due to injuries. We even had to use a different tactics. We started with 4-4-2, then introduced a defensive midfielder. I can play both on the sides and close to the attacking third but it’s the defensive midfield where I feel most comfortable. I wouldn’t say they game was easy. We couldn’t control the ball in second half. We had to defend ourselves and run a lot. IT’s always hard to play without the ball.

- This victory has taken Lokomotiv to the first place.

- We’re moving from one game to another and will take a look at the table at the end of the season. This victory will give us positive emotions as we’re approaching Juventus. The preparation starts tomorrow.