Barinov: This victory is for Alexey and Anton 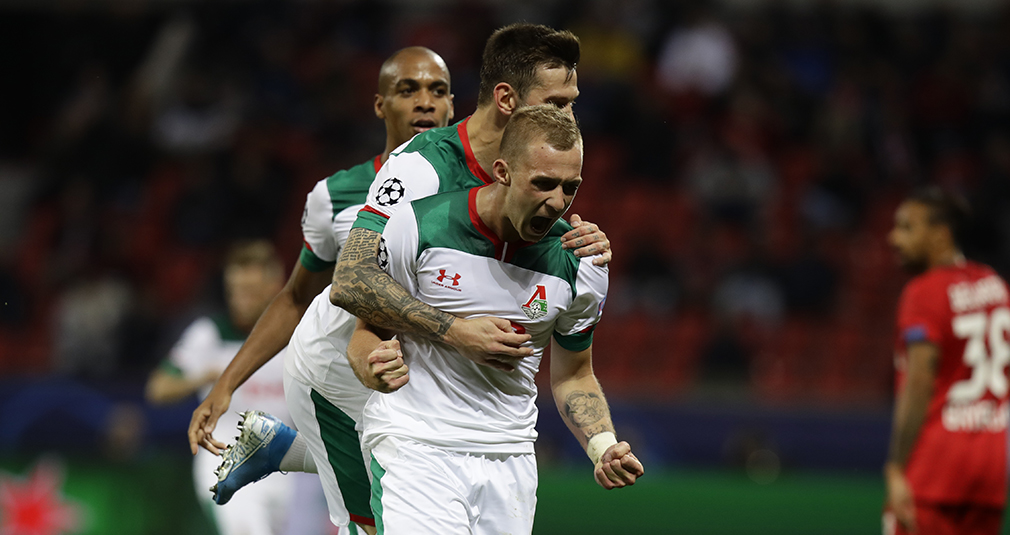 Dmitriy Barinov scored a winner against Bayer (2:1) in the first game of the Champions League group stage.

- I congratulate everyone on the victory. After the game against “Sochi” we didn’t have time to analyze Bayer so we did it here, I think we spent an hour and fifteen minutes scrutinizing their play, every footballer. We studied how they interact, saw that they play possession football. On our end, we played carefully and in an organized way in defence. A big thank-you to the team, everyone was fighting till the end.

- At the outset of the game you got injured. What happened?

- A defender hit me on the leg. I was afraid [I would be unable to go on] but then I ran up and down the pitch and felt okay. Now I’m exhausted.

- Lokomotiv claimed their last away victory in the Champions League when you were six years old.

- I watched those games on TV and couldn’t even imagine I would play at such arenas. Thanks God for giving me such chances. I hope I’ll keep using them onwards. And I want to congratulate Alexey and Anton on this victory. They are injured and this victory is for you, guys. Today I saw Anton walking on the pitch and was about to cry. Get well soon, we really need you.