Joao Mario: I will be in my best shape very soon 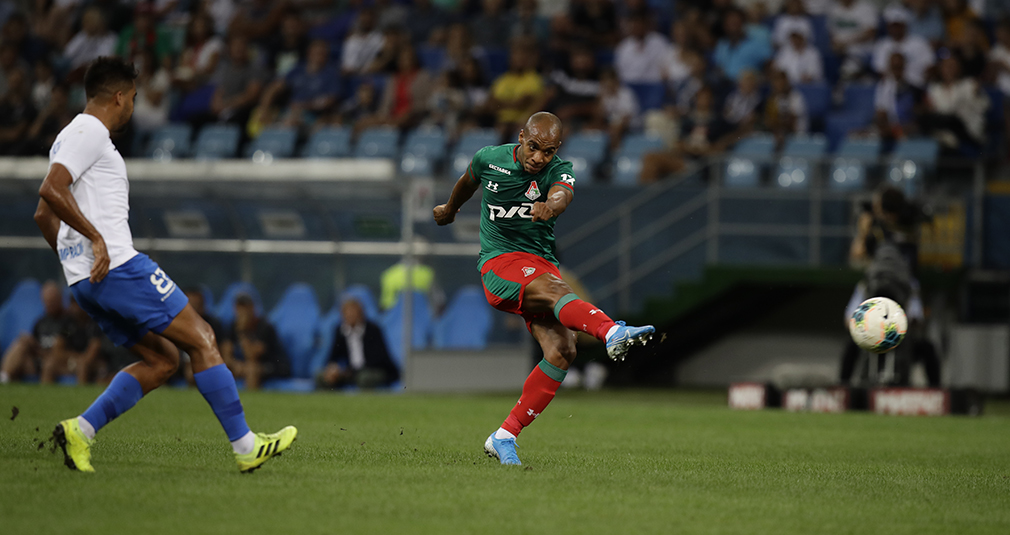 Lokomotiv midfielder Joao Mario has been named the game’s MVP in a Russian Championship fixture with Sochi (1:0).

- I want to thank the team. They have accepted me very well so that I had no adaptation issues. Today we have claimed three points. My performance improves with every game and I hope to be in my best shape very soon.

- How did Lokomotiv’s participation in the Champions League influence your decision to move here?

- It is the top level of a club competition. Lokomotiv is a good team and we have to demonstrate our potential. I hope for a lucky campaign in the tournament but it is not going to be easy.

- Have you set any personal aim as per the goals you want to score?

- It would be nice to score ten goals but the main objective is to win a trophy with Lokomotiv. I’m concentrating at claiming the champions title in the Russian league.