Leonid Kuchuk: "The opponents tried hard to hold us back" 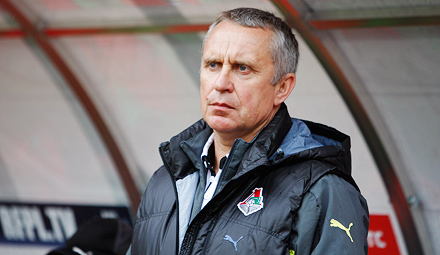 Lokomotiv's head coach Leonid Kuchuk told the press-conference on Saturday why he changed Boussoufa to Caicedo and thanked his team for aggressive play.

– The half-time score looked surprising.
– The second half was even more surprising! In these circumstances it's hard to equalize, hard to dominate on the pitch, we were better in tackles, possession and opportunities. I didn't doubt the result, because when I doubt it why be the head coach?

– Were there many such annoying results in your career?
– There were many, but every game is interesting in its own way. Back to today's match, I want to thank the guys for their aggressive play in the second half. If not for the constant stoppages, the play would be even faster. The opponents tried hard to hold us back.

– Was Boussoufa unhappy with the substitution?
– Why did you think that? Caicedo was very aggressive, N'Doye improved in the second half. Boussoufa also improved and became more active up front but we needed a more robust player who could cover the ball upfield.7