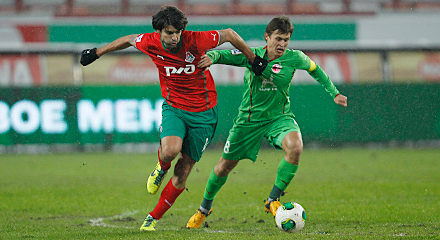 For the last game of the year Leonid Kuchuk made two substitutions in his squad. Roman Shishkin gave way to Renat Yanbayev in the right back position, and Roman Pavlyuchenko spearheaded attacks up front instead of the more frequent Dame N'Doye.

The always heavily armed and well-trained Rubin's defence was about to crack in the first minutes. Corluka crossed to Pavlyuchenko who took a shot which was inaccurate and the ball bounced back to Aleksandr Samedov. The midfielder centered but the goalie grabbed the ball.

Rubin responded 10 minutes later. The young talent Azmun tried to send home a header but failed to take a shot. Kulik could have tried his luck with the second attempt but Lass Diarra tackled him.

Up to the half-time both teams had almost no scoring  opportunities but the second half began with a dangerous corner by Rubin. The ball was flying over Abayev to land right behind his back but the keeper tipped it away last moment.

Soon Loko responded and the game lived up. Yanbayev crossed from his flank to Pavlyuchenko who rifled at the near corner but just wide. A minute later SuperPav was in a position to score again but didn't react to another good cross.

An hour into the game Kuchuk tried to boost attack by changing Pavlyuchenko for N'Doye. The Senegalese could pay back immediately by starting a perspective attack. Dame chested to Boussoufa, the Moroccan tried to pass to Maicon in the box but the opponents intercepted.

In the next attack the Brazilian managed to receive the ball eventually, this time from Samedov, but couldn't produce a good shot from a wide angle and the ball left the pitch touching the crossbar.

Another good attack was started on a wing. Renat Yanbayev crossed to Dmitry Tarasov who headed but the ball went wide.

Rubin responded soon with a strike by Kulik. The ball bounced off Corluka and went just a fraction off the post. The visitors decided to try their luck again and created several chances in a row, but failed to produce anything viable out of them.

Then the hosts could have opened the score. N'Doye centered the ball where bith Tarasov and Samedov were in good positions but Markano was faster than both of them.

A couple of minutes later the Railwaymen could have set up a good counter-attack if only Samedov managed a more precise pass to Maicon who speeded up well down his flank.

But the fattest chance for Loko came in the end, when the hosts played a corner, Rubin cleared badly and Vitaliy Denisov was first on the ball and rifled but only shook the crossbar!

In this closing game of the season both teams were over-motivated to get points, and it culminated in a quarrel that could have turned into a mass fight. But when the ref and the players seemed to have resolved all issues, Lassana Diarra kicked the ball up high in anger and immediately saw a red card flashing before him. The Frenchman left the pitch and there came the final whistle. Lokomotiv have notched 40 points, as many as Zenit, but stand second due to extra criteria. 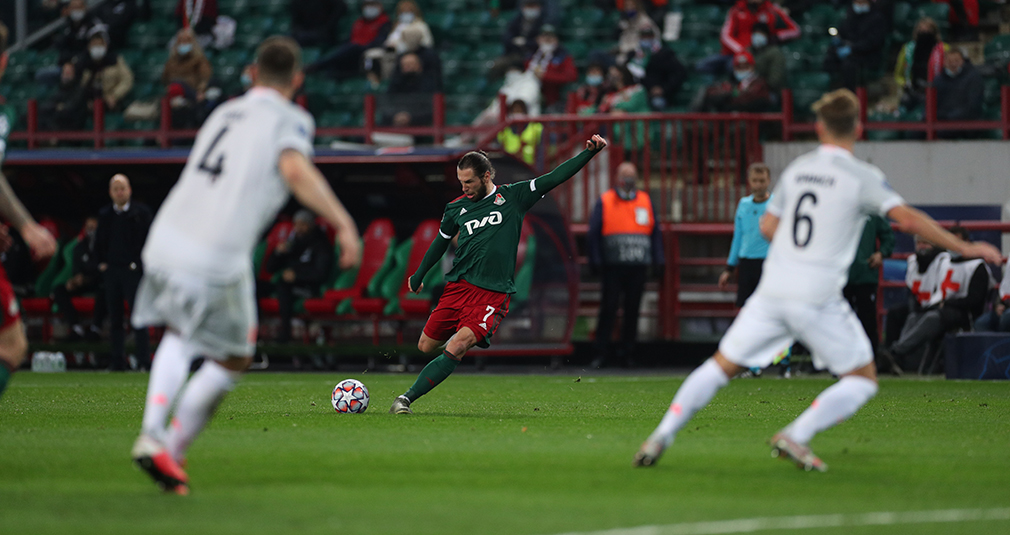