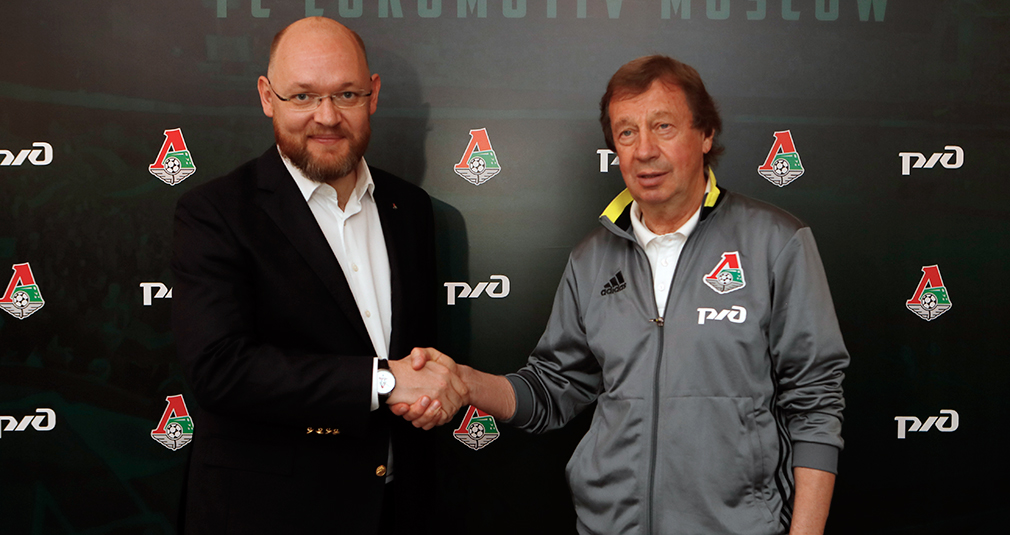 A landmark evet has been held today at the team's training base in Bakovka: Lokomotiv Head Coach Yuri Syomin signed a new deal with the club in the 1+1 scheme.


After a training practice finished, Yuri Pavlovich had met with President Ilya Gerkus in the coach's office. They discussed the current deals and the upcoming match with Zenit. Also, both sides have put their signatures under the Syomin's new contract with Lokomotiv.

Ilya Gerkus and Yuri Syomin came together to the team meeting. President announced Syomin's contract extention news to the players.

Yuri Syomin, Lokomotiv Head Coach: – Of course, this is an important event for me. We will definitely talk about the future of the team, but a little later. Now all thoughts are related to the upcoming match. We are waiting for the fans at the stadium.

Ilya Gerkus, Lokomotiv President: – The team has achieved all goals for this season and – I believe – will give us a day to celebrate tomorrow. The signing of a new contract with the head coach is a sign of full support and trust. I join the words of Yuri Pavlovich: now there is nothing more important than tomorrow's match. See you at the stadium!