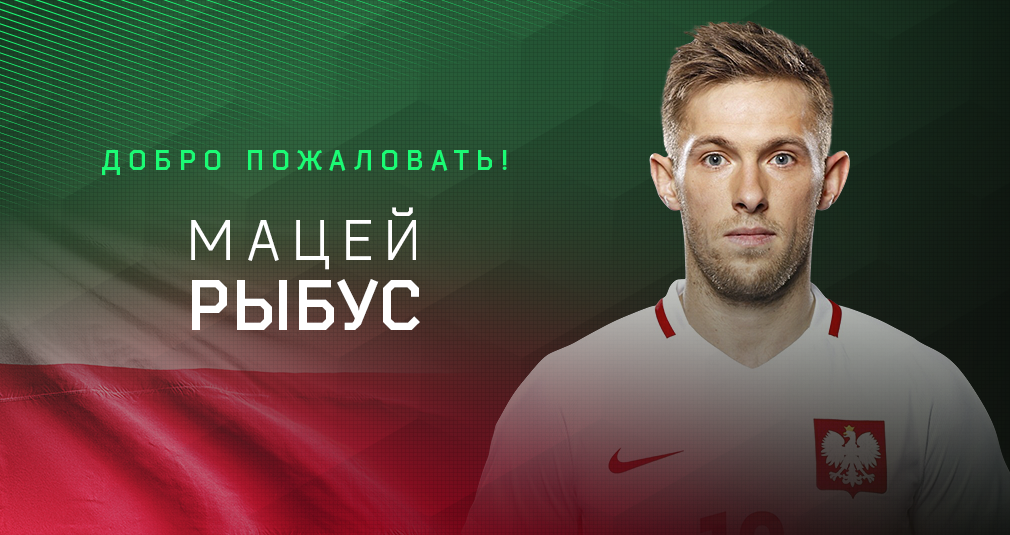 Lokomotiv president Ilya Gerkus and Maciej Rybus have caught up in Italy to sign the deal. Maciej successfully passed a medical check and will join his new teammates in Moscow in a few days.
Maciej took #31.

We wish our newcomer succuss and big victories at Lokomotiv!

His football career started at the local FC Pelikan. In 2009 he signed with Legia. With the Warsaw side, he has twice been a runner-up in the national championship, won three national Cups, one Super Cup, and made his European debut. In Legia, Maciej made 134 appearances and scored 16 goals.

In winter 2012 Rybus signed with FC Terek. In four years the player made 109 appearances and scored 19 goals.
In season 2016/17 Maciej made 19 appearances for the French side Lyon who finished 4th in the table.

In the Poland international team Maciej has won 44 caps, notching two goals. Was part of the team on Euro-2012.