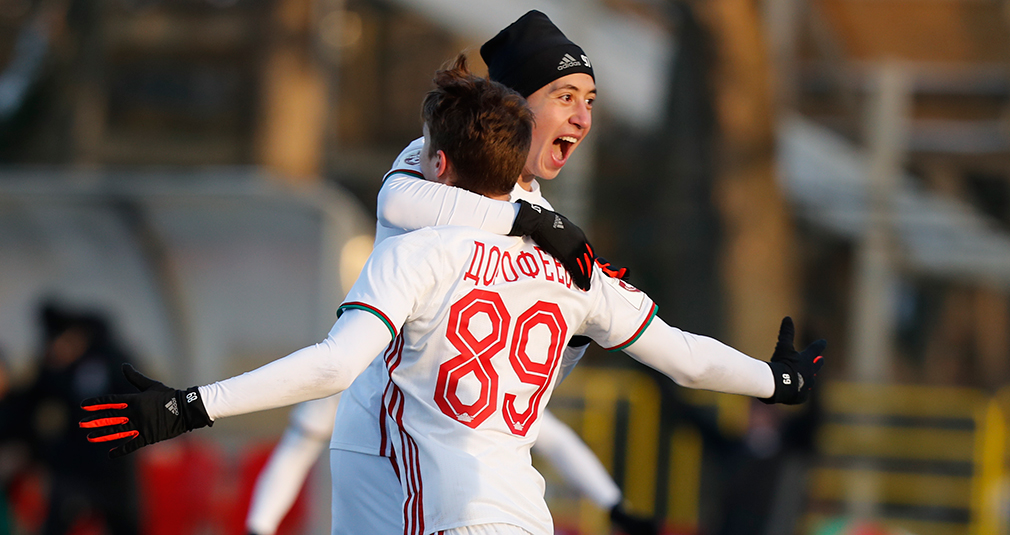 Round two of the Russian youth championship was set to begin with a trip to Tomsk. Eventually, youngsters kicked it off on the home-ground. Both the main and the junior teams’ matches got moved to Moscow, due to adverse weather conditions. However, these days the capital was not a much warmer place than Siberia.

Lokomotiv rushed to attack right away and twice troubled goalkeeper Anton Kochenkov, sidelined and sent to Tom youth team for game practice. Approximately in the middle of the half, the Railwaymen’s pressure translated into a goal through a set piece, finished off by Dorofeev. Tom equalizer came in a minute, and at the end of the first half their side took the lead. Both goals were scored by Bolshunov.

Conceding on the stroke of half-time, Lokomotiv did not wilt. Quite the reverse, the lads came on stronger after the break and got through. On 66 minutes Tugarev converted a penalty kick. Ten minutes to the final whistle, the same player picked out Dorofeev for a high cross, the latter tucking it home. Near the end, Sharov rolled the ball into an empty net to round off the match.

Lokomotiv clinch the long-awaited victory in style and make a good start to the second round.