Held to Draw by CSKA 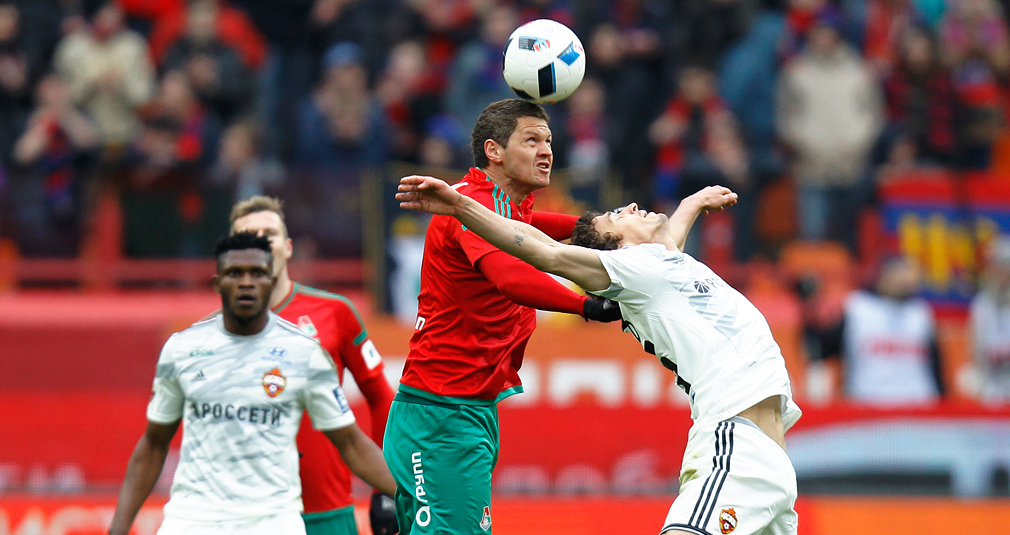 Lokomotiv drew against CSKA during Gameweek 24 of the ROSGOSSTRAKH Russian Football Championship.

Two title contenders were pitched against each other at Cherkizovo in Gameweek 24. CSKA approached Saturday’s fixture as the top side. Lokomotiv stood fourth, four points behind the Army Men.

The coaching staff made a few changes in the first eleven compared to the match in Samara. Henty was handed a starting place in attack alongside Miranchuk who assumed a supporting role. And either of them could have opened the scoring by the middle of the first half. Alexey had a go at goal following Samedov's pass from the wing, but missed. Henty did not manage to finish off a cross into the six-yard box played by Miranchuk - the ball made a few deflections, so it was hard to get the final touch right.

Lokomotiv continued on the offensive and eventually drove it home off a corner kick. Corluka wriggled free from Ignashevich and fired past Akinfeev. CSKA pushed for an equalizer immediately: before the half-time mark, the Army Men twice found the post.

The second half saw CSKA grip the initiative and start gaining ground on Lokomotiv, with only few decent opportunities though. The Railwaymen had a chance to score through Samedov's free-kick, but Akinfeev saved a low ball sent into a corner.

Late in the game, the CSKA side pushed forward vigorously, and one of their moves proved effective. Olanare was quick enough to capitalize on a bounced ball after Guilherme parried Eremenko's shot. The final minutes witnessed the Army Men storm our goal to no effect - 1:1.