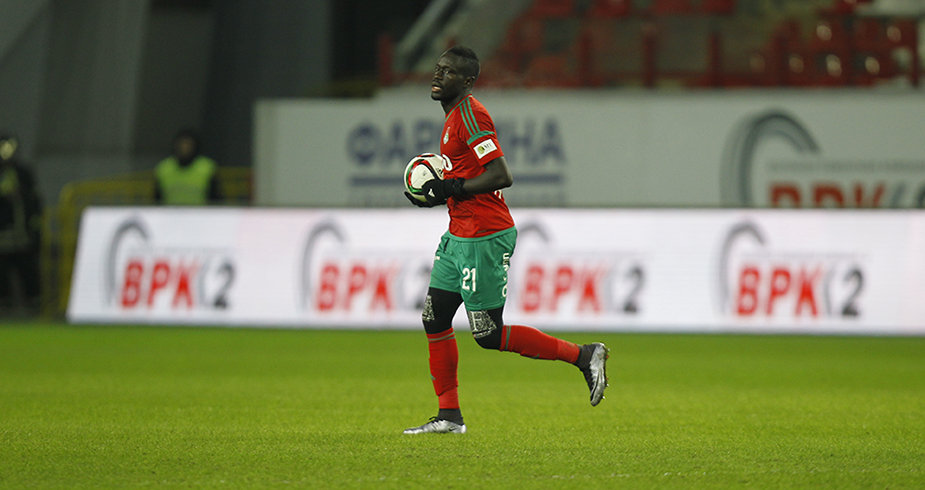 Lokomotiv striker Baye Oumar Niasse had summarized the game against Ural (2:2) in the studio of #OurCherkizovoLIVE show.

- Again we have failed to use CSKA’s backfire to our advantage. I believe this is a psychological problem. Much is decided in our heads even before the game. But it's good that we've managed to earn a point. We have come a bit closer to CSKA. Although we could have braced more points in the last two games. We were simply obliged to beat both Dynamo and Ural.

- Oumar, this was the last game in the championship before the winter break. Many players are exhausted but you're still full of energy. How do you keep such great shape?

- I wouldn't single out myself. Indeed, I feel really well but everybody plays 90 minutes and give it all to win. We've had a good first pay off the season. There were many games in the beginning and they certainly influenced the end. The most important thing now is the last game. We have to turn ourselves inside out, it's going to be a real battle. We have to do everything to advance to the playoffs of the Europa League.

- Do you feel more comfortable playing a lone striker or in a pair with somebody?

- Today you scored and assisted…

- Yes, I'm really satisfied. I had more chances and could have scored more. Sometimes I wasn't lucky… Anyway it's not my personal stats that matter, but the team's performance. I have scored eight goals in this part of the season and I can be happy. Although I can score more and I know it. There's still the second part of the season and I'll try to hit a 20-goal mark but our primary goal is to win the League.