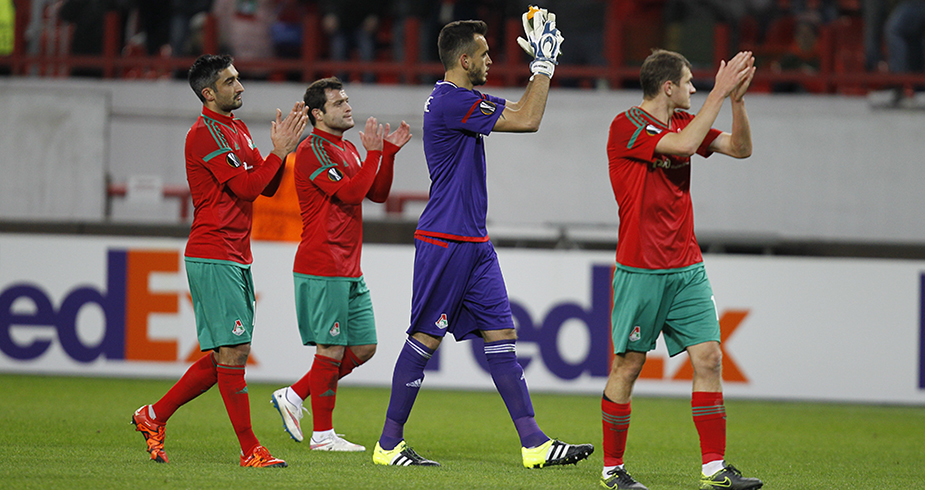 Lokomotiv FC Moscow draw one all with Besiktas in the third match of UEFA Europa League group stage.

The football fest started in Cherkizovo well before the starting whistle. For those supporters who chose to spend the evening at the stadium our club had some interesting activities in store. The area before the steam locomotive was bustling with traditional contests; the new addition was an Instabooth, the in thing, with which visitors could snap and instantly print out free photos with #OnlyLoko hashtag and the club's logo. We gave away commemorative coins and entertained the crowd with a fancy light show arranged at the same square in front of the steam engine.

“I hope the game will warm this city”, - said Besiktas head coach Senol Gunes on the eve before the matchday. And he guessed right – it was an unusually hot autumn day in Cherkizovo. Loko fans began energizing the evening air with their gadgets’ lights switched on in sync with the countdown.

In the field Kolomeytsev would shift to the position of the injured Tarasov and team up with Ndinga. The place of Pejcinovic, unavailable for a time as well, was to be filled by Mykhalyk.

The opening half was taut. The sides maintained tight defence, though it did not fully prevent chances from being created at both ends. Ndinga and Niasse could have scored for Lokomotiv. In Besiktas Ozyakup and Gomez came very close.

“Go forth, Lokomotiv Moscow!” – Southern grandstands kept chanting, waving red-green flags. The call had its effect – in the second half the Railwaymen attacked more. Loko posed threat near Zengin’s goal time and again. There were about a handful incisive passes right into the middle of the danger zone, the long-range shot by Samedov, Niasse’s header – all that had to yield result. On 54 minutes Niasse broke down the left wing to pick out Maicon hanging near the spot - 1:0!

Within the space of ten minutes Gomez took a shot from the verge of the area – on target. Once the score was tied, both sides opened up – and emotions were now running high. One of the incidents led to the quarrel between Corluka and Ozyakup. The referee was quick to send Vedran away and showed a string of yellow cards to the players. Our coaches were forced to sub off Fernandes for Durica who had just recovered from an injury.

After the ejection, the game calmed down. Besiktas did not rush forward, while Lokomotiv were too depleted to strike back on counters. On November 5 the two teams will face each other again in Istanbul.