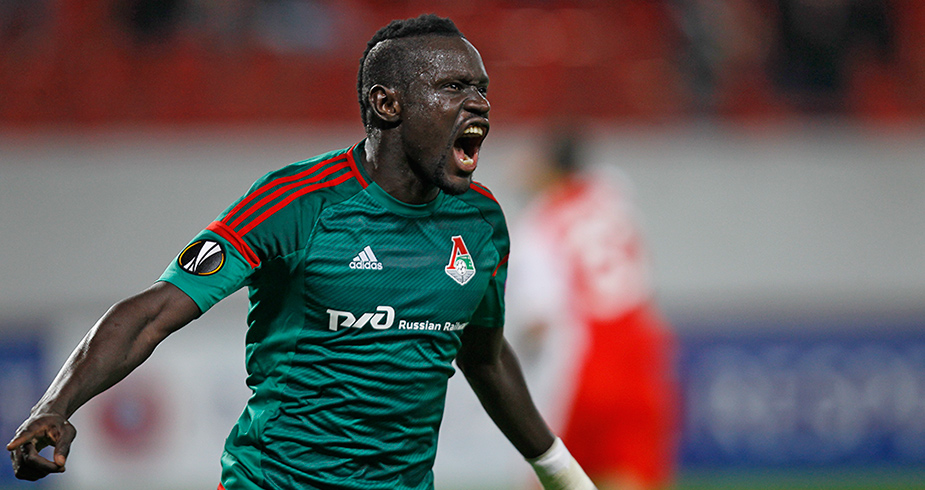 Lokomotiv defeated Skenderbeu in the second round of the Europa League group stage.

Moscow’s weather abruptly turned for autumn, but the cool snap did not discourage the supporters of the red-green squad from showing up in force at the arena on Thursday evening. Cherkizovo had definitely missed Europa League clashes – the air over the stadium was vibrant with elation. There was the traditional competition at the steam engine: dozens of people took part in the Railwaymen’s #PlayNicely contest. And, one must say, it’s not easy to hit a small hole at one shot.

Back to the game. Lokomotiv kicked off vigorously and by the tenth minute had already created at least five chances. The Albanians played reliably in defence, however seemed reluctant to move forward. Danger for Guilherme’s goal came only from set pieces. As time was nearing the break, the Railwaymen’s attacking efforts brought fruit. Yanbaev ran almost the whole length of the pitch down the right wing and crossed a lofted ball over for Niasse in the box, the latter netting a powerful header - 1:0.

In the second half the situation did not change much, with Lokomotiv bossing the game and Skenderbeu trying to counter. On 57 minutes it was time for the red-green grandstands to gasp, while Guilherme brilliantly saved the gaping goal.

The conclusion of the match was heated. Set up for by Samedov, Miranchuk nodded the ball into the goalie’s hands. One minute later, Alexander himself picked up the ball that had deflected off the Albanian stopper and scored. Leading at 2:0, Lokomotiv pushed onward even more. Niasse fired once from an awkward position in the center of the area and drew a save from the keeper. A minute on, Miranchuk beat a few opponents and dexterously penetrated the box, but his attempt went wide.
Lokomotiv have secured their second victory in the Europa League Group H and remain the top side. After two rounds, we lead with two points over Besiktas and five points ahead of Sporting.